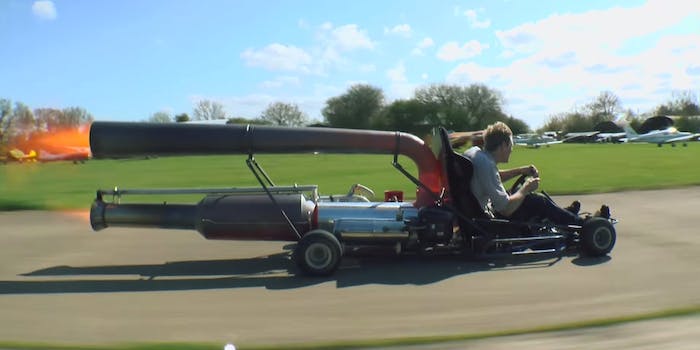 Somebody finally put a jet engine on a go-kart, and it’s amazing

Colin Furze, the man that brought us those crazy Wolverine claws and shoes that can walk on metal ceilings, is back with another stroke of genius: a go-kart equipped with a jet engine.

The so-called “jet-kart,” which runs on diesel and gas, can hit speeds of up to 60 miles per hour, leaving those noob vehicles at country fairs in its dust.

Learn how Furze made this engineering masterpiece on his YouTube channel, where he also explains the other insane things he whips up in his shop.