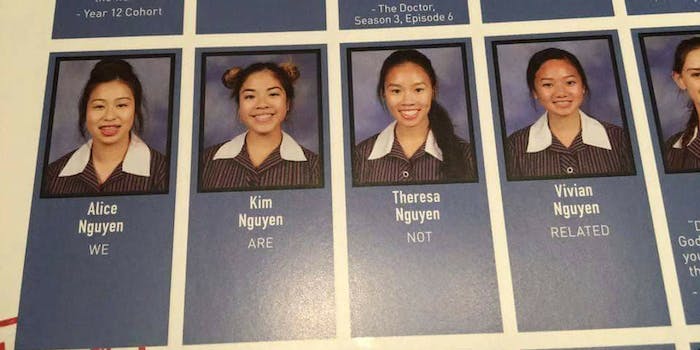 They're sick of hearing this.

High school is hard enough for any teen, but add racial microaggressions to the mix and one can start to imagine the difficulties that students of color face on a daily basis.

Four high school seniors with a common Vietnamese surname finally confronted their classmates’ ignorance with their yearbook quotes. Each Ms. Nguyen contributed one word to form a full sentence:

“WE ARE NOT RELATED.” 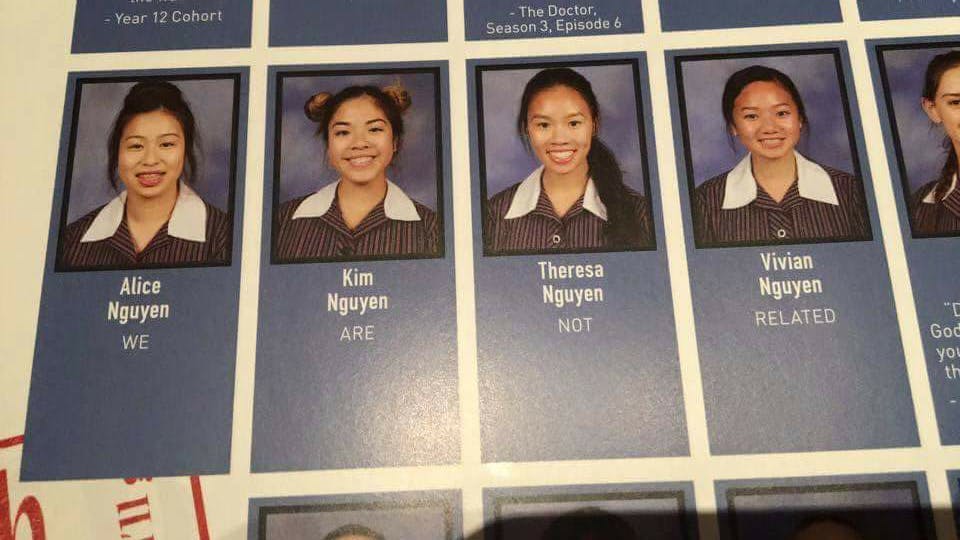 I faced this type of scrutiny in high school for having the 8th most common name in the U.S. Of the many Garcias in my class, however, I was related to only one—my cousin. So I see both sides of the issue.

Linking unrelated Nguyens, though, seems similarly as common among youths, as these four young ladies are not the first to have fought back against the annoying assumption. In a similar stunt two years ago, eight Nguyens banded together to deliver a powerful rebuke. 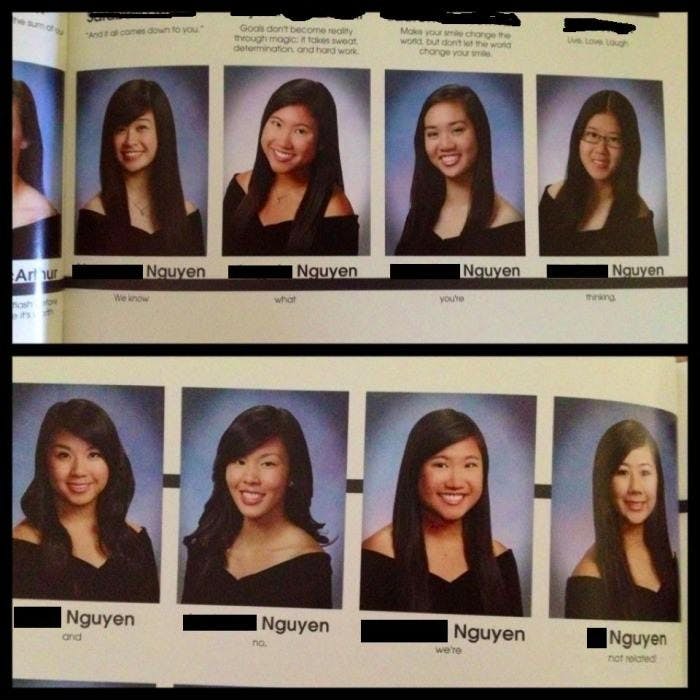