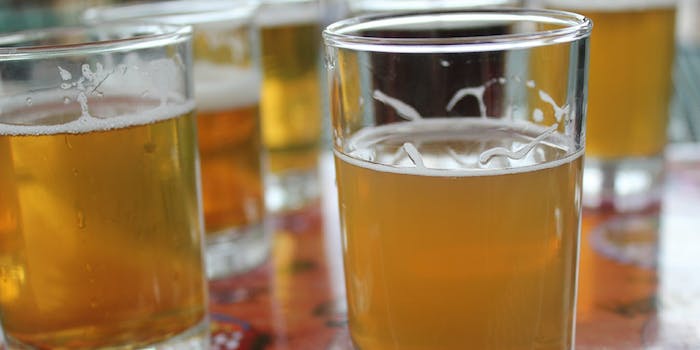 Notre Dame student shotguns a beer at a lacrosse game, is an inspiration

Lacrosse is great, but this girl just wants to drink.

Notre Dame fans are crazy about their sports, and although the school is best known for football, their men’s lacrosse team is also off to a great start this season, with a record of 4-1.

In fact, they just lost their first game (in overtime) to Denver. You can see fans going nuts in this clip when their team ties the game up 7-7.

Well, you can see most of their fans going nuts, anyway. One girl chooses to celebrate in her own way. Instead of jumping up and down and hugging her friends, she pokes a hole in the side of a beer can, chugs it, and then drops it to the ground with a flourish.

And why not? Celebrating with beer is as much of a Notre Dame tradition as gold-colored helmets. This young lady was just honoring her fellow students the best way she knew how.

At least that’s one theory.

Here’s another: It looks like pretty much everyone celebrating in the video is female; they also seem pretty close to the action. Conclusion: This is a collection of lacrosse girlfriends. Also note how, at the end of the clip, one of the players looks back with a somewhat puzzled expression.

Maybe what happened was more akin to this:

“Way to go Conor, this totally makes up for missing my sister’s wedding.” 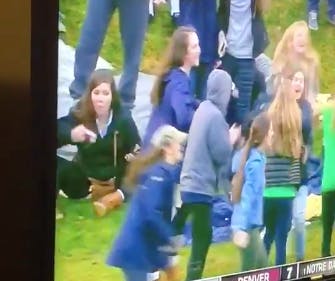 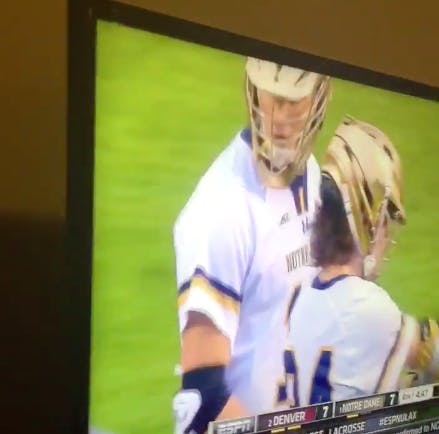 Or maybe it’s just a video of an alcoholic lacrosse enthusiast. For now, at least, the answer remains a mystery. If you’re out there, beer-loving girl, get ahold of us. We’d love to clear this up.