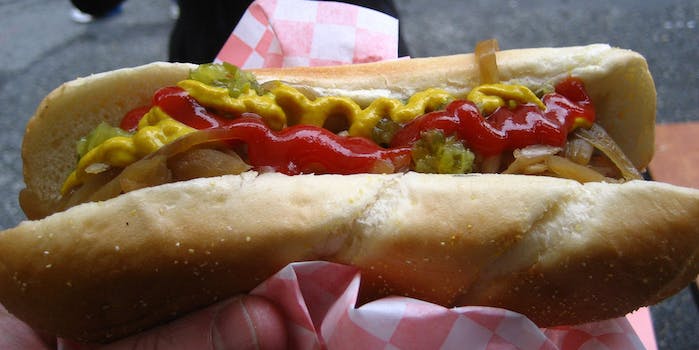 Trading in the tiara for mustard.

When little girls hear the term “princess,” they typically think of your Disney variety: Cinderella, Snow White, Tiana, and other memorable heroines from the cartoon movies. Some girls who like video games or have an older sibling that plays them might imagine Princess Peach.

But for one girl, princess meant one of the most divine summer barbecue foods around: the hot dog.

Grayson Lamontagne spotted the youngster at her dance studio’s Princess Day. Many of the girls dressed up in the predictable dresses and sequins. This girl (and our new hero) donned a hot dog costume adorned with mustard.

It was princess day at dance and one little girl came as a hot dog I have never admired someone more pic.twitter.com/iro5mL2Bvc

If there’s one way to stand out in a sea of princesses, this is it. Bravo to this brave girl who decided that being a hot dog was its own kind of royalty. Now we’re just waiting for the Disney adaptation.