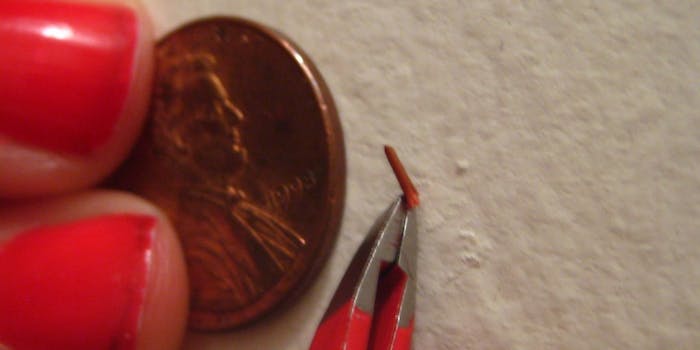 As a kid, it’s debatable whether getting a splinter or a papercut is the worst minor infliction to endure, but for one girl, it’s no question. Only one of them might’ve also ruined a beloved movie for life.

Francesca sounds like she’s in excruciating pain while she sings “Do You Want to Build a Snowman” from Frozen while her mom removes a splinter from her leg. And for some reason, her parents got so much of a kick from it they decided to film their daughter’s traumatic experience and upload it to YouTube.

If you can make through the whole thing, you’re almost as much as a trooper as she is.

Now for her sake, it better snow enough this week for her to make a damn snowman.