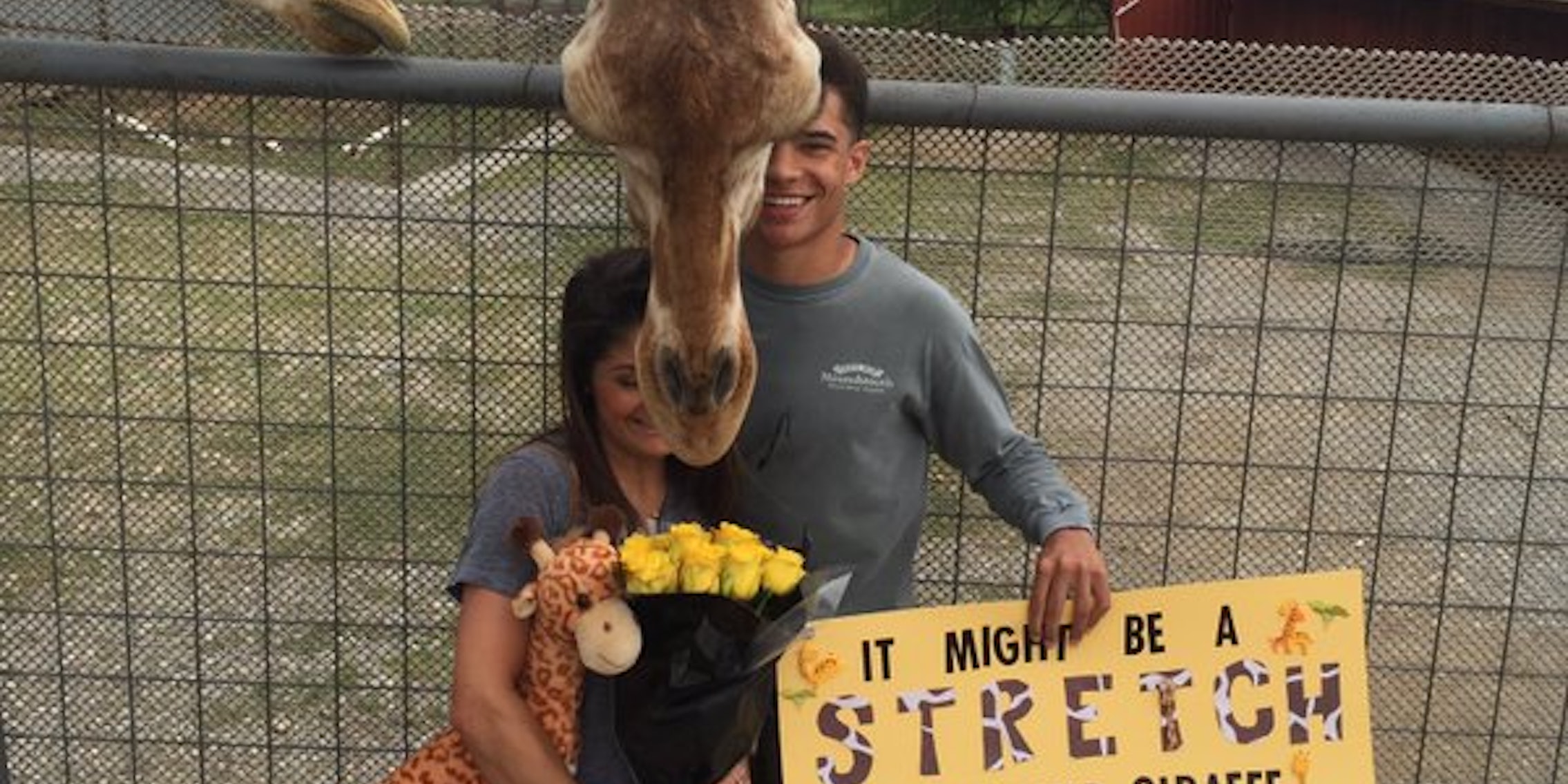 Let's see if the animal crashes the dance too.

It feels like teens nowadays are staging the most elaborate promposals in hopes of going viral. While one guy simply aimed for your standard level of adorable, his plan has now caught the Internet’s attention—thanks to one hungry giraffe.

Fayetteville High School student Trey Coulter went with a giraffe theme to ask Gabbie Foster to the end-of-the-year dance. He offered up a charming stuffed version of the long-necked animal, some yellow flowers, and a sign that read “It might be a STRETCH but it would giraffe me crazy if we couldn’t go to PROM,” while at a location where perhaps some real-life giraffes are kept.

It seems all went according to plan, but as the two teens were posing for pics, one of the hoofed friends got a little hungry.

The tweet has gotten over 2,600 retweets and 5,500 likes since being posted on Sunday. What truly makes the picture is Foster’s face when the giraffe goes in for a bite of her flowers. It really captures so many emotions.

It’s unclear whether or not the giraffe will also be crashing the prom. With all those corsages, it’d practically be a buffet for the animal.