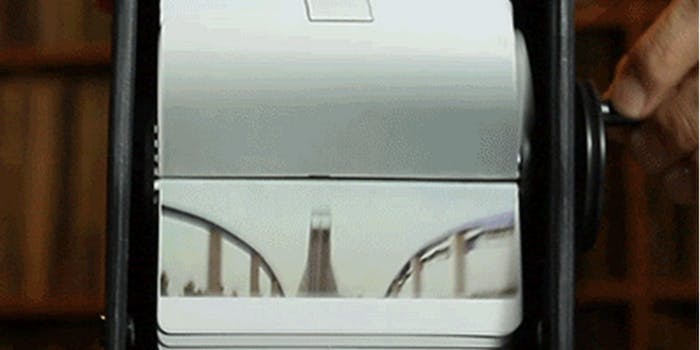 This supreme mindf*ck was created by Tumblr user Televandalist. Let’s try to understand his creative process by going backwards.

Televandalist made a GIF out of video footage of a roller coaster ride. He then made a physical version of the GIF with Flipbookit, a hand-cranked machine that creates moving flipbook images. He posted the resulting video on Vine:

Which he then posted on his Tumblr, but in GIF form.

Got that? No? Not quite? Well, give yourself a few minutes or so and think about it again. But after you’ve worked it out, do yourself a favor and check your watch. You’ll find you’re standing at the nexus of the end of the universe, where time stands still.

H/T This is Colossal | Screengrab via The Televandalist/Tumblr