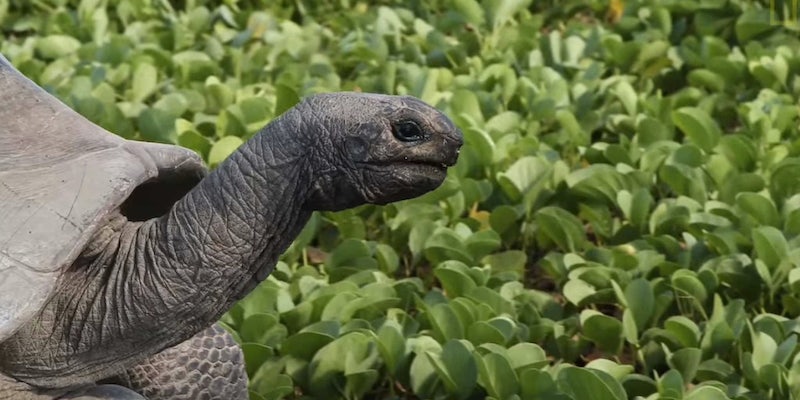 Giant tortoise understandably angry at being interrupted during sex

Human beings can be so rude. What other species would travel to a tiny, uninhabited island off the coast of Madagascar just to interrupt two magnificently huge reptiles in the throes of sexual passion?

Truly, we are the cockblockingest dweebs in all of nature.

Anyway, here’s National Geographic’s Paul Rose on Assumption Island, wandering right into the midst of a giant-tortoise mating session like a total perv. We really can’t fault the male giant tortoise for his response, which roughly translates to “Step off, bro, unless you wanna go.”

Still, this embarrassment might easily have been averted if someone had just left their shell on the doorknob, which was THE SIGNAL WE ALL AGREED ON, STEVE. (The tortoise’s name is Steve, I guess? IDK.)