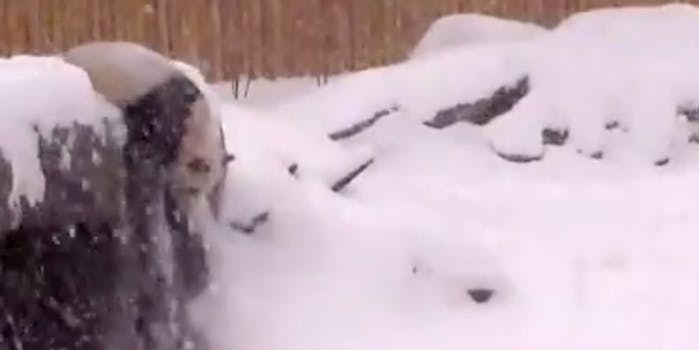 This giant panda loves winter more than you ever could

Almost makes you want to get out there and shovel your walk, doesn’t it? No?

Winter’s getting you down? Can’t say the same for this panda. Little guy’s balling out at the Toronto Zoo like a college kid who’s been handed his first snow day.

Taped Wednesday in Toronto after record snow called for the the Canadian city’s zoo to shut down operations mid-afternoon, this 46-second video finds giant panda Da Mao rumbling, mumbling, tumbling, and stumbling around his zoo zone like it’s the most beautiful day all week.

Almost makes you want to get out there and shovel your walk, doesn’t it? No? No, OK. That’s fine if it doesn’t.