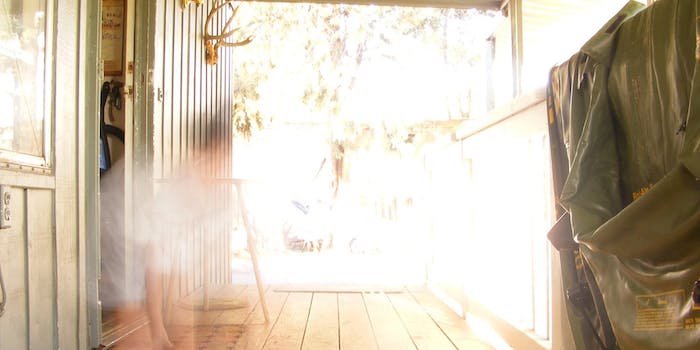 If you thought you had a ghost in your house, would you stand by and film it in action, or move out immediately and burn all your belongings?

One woman in Ireland decided to do the former, and apparently captured a “ghost” mucking about in her kitchen. First it messes with the lights, then it moves on to the dishes. The woman, Ashy Murphy, claimed this wasn’t the first time they’d seen the “guest” and that the activity has been getting worse. The music selection doesn’t help.

“It may just be a trick with threads” the video description reads, and other commenters have said they’ve seen strings being pulled in the clip. If so, this is a Rube Goldberg level-production. Perhaps they should take one commenter’s advice and “Close the damn window!”