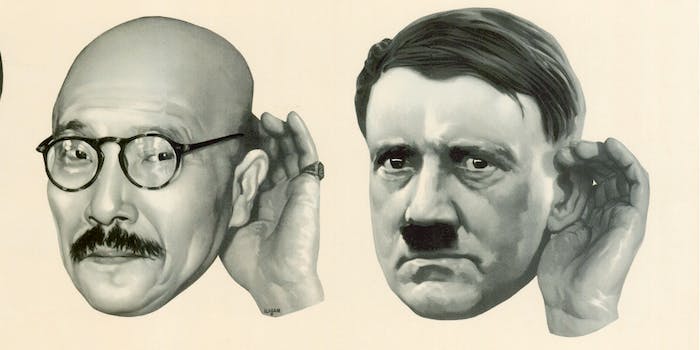 Neo-Nazis hate them for using this one weird trick.

Germany is considering equipping police with a smartphone app to quickly identify neo-Nazi songs, according to Der Spiegel.

Suppressing neo-Nazi propoganda is a constant struggle for German law enforcement. It’s made all the more complicated by the fact that there’s plenty of grey area in some music lyrics. Last year, the government put 79 songs on a registry for racist or neo-Nazi themes and forbade their sale to minors.

So German legislators from each of the country’s 16 states are meeting this week to discuss police’s use of an app to identify those songs.

There is one possible legal hitch, though. The app would probably most come in handy at identifying neo-Nazi music being played at clubs or public gatherings. But that might violate laws against audio surveillance.

Germans rather enjoy not being spied on by their government—another legacy of the Nazi era. Upon hearing that both the National Security Agency and their own government heavily surveilled German citizens, they took to the streets to protest in dozens of cities on at least two separate occasions.