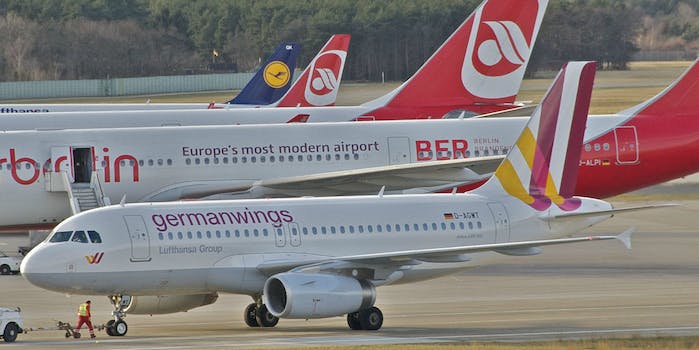 In the age of social media, it’s become a truism that after catastrophes the Internet can highlight the very best and the very worst in people. So it’s no surprise that the recent Germanwings plane crash has already done the same.

Since the accident on Tuesday, which appears to have killed 150 people, users on social media have mostly been expressing grief for the victims while offering support and sympathy for their families. However, with the revelation on Thursday that the plane’s co-pilot, Andreas Lubitz, appears to have deliberately flow the plan into the side of a mountain after locking out his captain, distasteful online users have used Facebook and Twitter to offer up sick tributes to Lubitz. 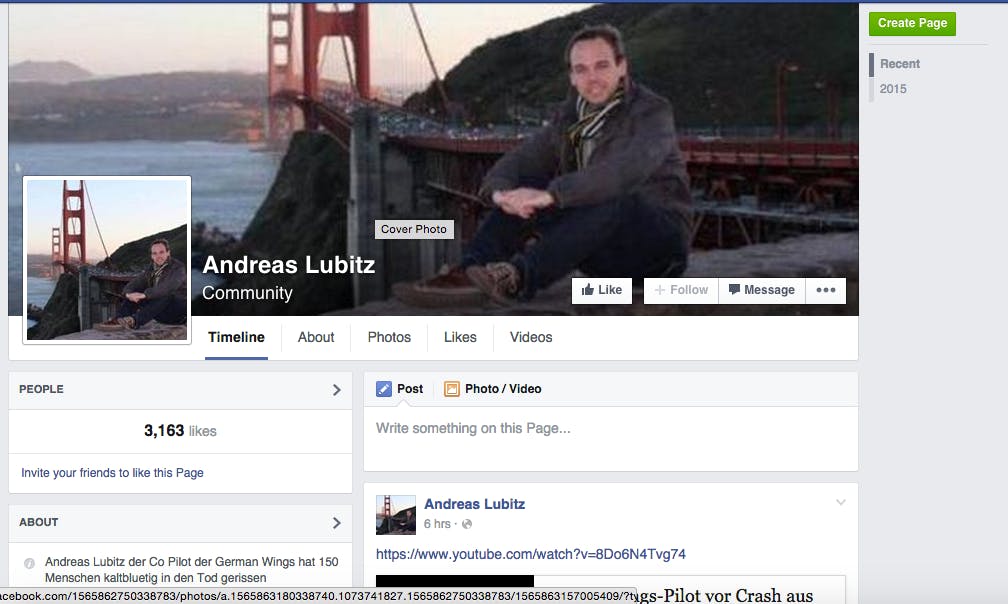 As the Mirror reports, it took mere hours for some user to set up a Facebook page paying homage to the 28-year-old pilot who officials investigating the crash say wanted to purposefully “destroy the plane” he was helping to pilot from Barcelona to Dusseldorf.

According to the Mirror, which translated the German language community page, the page’s creator refers to Lubitz as a “world champion in Flight Simulator,” possibly a twisted reference to flight-simulator computer games. The page also refers to Lubitz as “a hero.”

The paper goes on to report:

“One post claims to be from ISIS calling the pilot ‘the French hero’.

It reads: ‘OFFICIAL PRESS RELEASE : The Islamic State apologizes for misspelling in the title of the page and take the opportunity to remind you that the French hero is always spelled with an s .

‘The community manager was removed from office and will be beheaded to serve as a lesson.’

Another post says ‘Already a lot of messages of support for our hero . Thank you all .”

The validity of this statement being from ISIS cannot be verified.

Wednesday night the New York Times first broke the news that one of flight 9525’s two crew members was locked out of the cabin at the time of the crash. An unnamed source who was part of the team reviewing audio from the Airbus A320’s cockpit voice recorder said that one crew member could be heard trying to forcibly open the door while the other remained silently at the controls.

On Thursday morning, multiple officials, including Carsten Spohr, CEO of Germanwings’s parent company Lufthansa, confirmed that it was Lubitz who remained at the controls and piloted the passenger jet through a rapid and ultimately fatal eight-minute descent into the French Alps.

“I could not have imagined that becoming even worse,” Spohr said at a press conference. “We choose our cockpit staff very, very carefully.”

It is unknown what motivated Lubitz’s actions. Eighteen months out of flight school, airline officials say he raised no red flags in his psychological profile. Meanwhile, friends and neighbors interviewed by multiple media outlets describe him as normal and not seeming to exhibit any signs of depression.

Still, the plethora of unanswered questions about Lubitz’s mental state and motivations have done nothing to stymie a handful of Facebook groups lionizing him—either as a tone-deaf attempt at gallows humor or an even more horrifying act of sincerity. Another page for instance, claiming to represent Lubitz the “fictional character,” merely repeats the phrase “Andreas Lubitz forever famous” in multiple languages. Meanwhile, Twitter has already started suspending fake Twitter accounts claiming Lubitz’s identity.

As for Lubitz’s actual social media presence, the Mirror also reports that his Facebook page has already been “memorialised” by Facebook, meaning Lubitz’s profile has been locked down. This prevents Lubitz’s profile from showing up in places like birthday reminders or “People You May Know.” It also keeps anyone from logging into or making changes to his account. Facebook does not do this automatically for deceased users, so a friend or family member presumable contacted Facebook to request this service.

Photo via Aero Icarus/Flickr (CC BY 2.0)