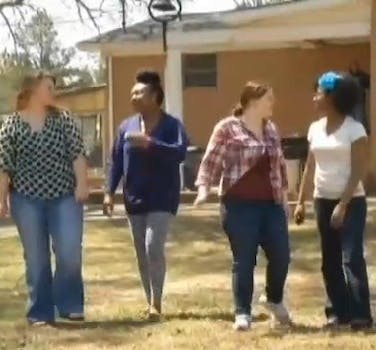 How Georgia students fought for an integrated prom online

Students are using the Internet to push their high school into the 20th century.

A Georgia high school has racially segregated proms. In 2013. And its students are using the Internet to push their high school into the 20th century.

As happens every year, students at Wilcox County High School in Rochelle will be funneled into either the white prom or the “integrated prom.” That is, unless, four students succeed in their plan to hold their own fully integrated prom with the help of Facebook.

It’s the local community which is responsible for allowing the segregated proms. They’re private parties, rather than official school events. The Atlanta Journal-Constitution said they are “organized by parents and students and reflect historic and lingering racial divides.” Last year, a biracial student tried to attend the while prom and was turned away by police.

While some area schools tried to host an official prom to avoid segregation, those events did not gain enough support among students. Indeed, at Wilcox County High School, students are ripping down posters for what Stephanie Sinnot, Mareshia Rucker, Quanesha Wallace, and Keela Bloodworth are calling the Integrated Prom.

The four girls have no choice but to raise cash themselves for the event. Their planned bash will not receive school sponsorship.

“We live in rural south Georgia, where not too many things change,” the quartet wrote on Facebook. “Well, as a group of adamant high school seniors, we want to make a difference in our community. For the first time in the history of our county, we plan to have an integrated prom.”

Calling the segregation “embarrassing,” they set up the Facebook page Wednesday and have already soared above 12,000 Likes.

They have a donate button on the page allowing people from around the world to help make their idea a reality. They’re also holding a Barbecue Chicken Plate Sale Fundraiser.

It’s not quite clear how much money they’ve raised so far. They do have the backing of their county school superintendent along with dozens of people who’ve left comments on their Facebook page.

If only parents and students in Wilcox County were as supportive.