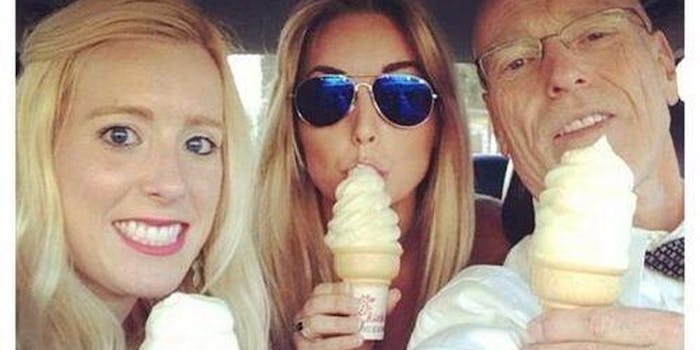 Don West is having a rough week, but you wouldn't know it from scoping Instagram.

Don West—the defense attorney for George Zimmerman, a man who’s currently facing trial for the February 2012 murder of teenager Trayvon Martin—is having a really bad week. On Monday, West opened his defense of Zimmerman by telling the jury a “knock knock” joke that fell flat. Yesterday, he was accused of badgering witness Rachel Jeantel.

Earlier this afternoon, Molly West, his daughter, posted a selfie he took with her and her sister, Rachel, inside of their car, eating ice cream cones from Chick-fil-A 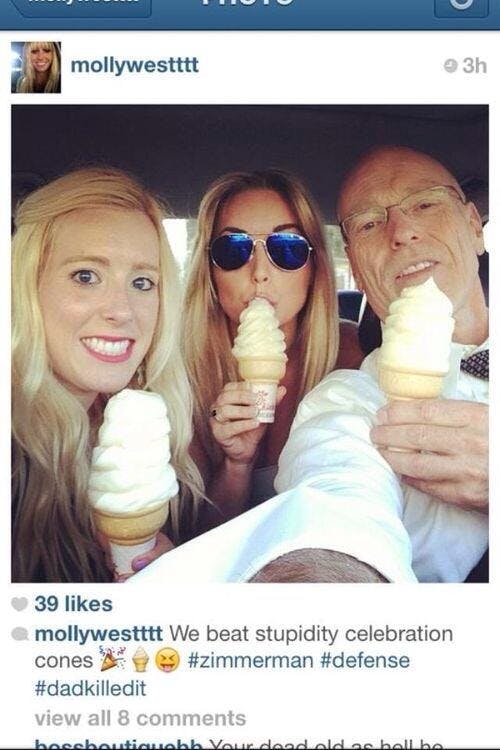 The image—along with West’s Instagram and Twitter accounts—have been deleted, but not before it spread on the social media platforms and on BuzzFeed.

According to ABC Florida affiliate WPLG, who’s running a Twitter feed focusing solely on the trial, the picture was confirmed by a spokesman for the defense attorney.

Rachel and Molly West left the courtroom. Their dad is not aware that the pic was on Instagram, spokesman said. https://t.co/vZXOTOzqYJ

Unsurprisingly, the incident has stirred controversy. According to social analytics tool Topsy, the term “Molly West” has been mentioned 1,702 times on Twitter in the last hour.