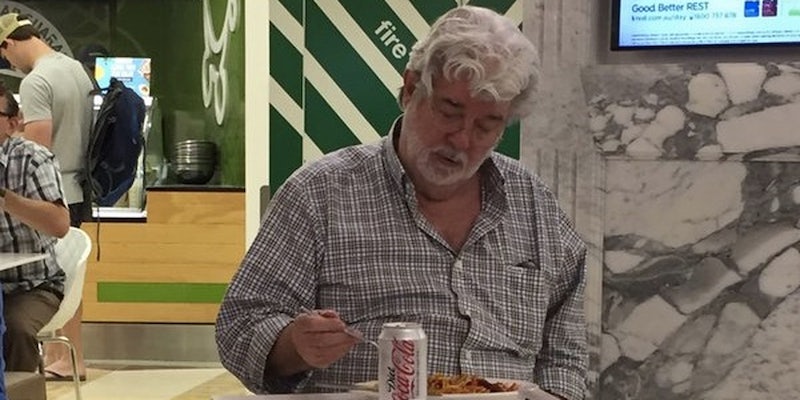 The billionaire creator of 'Star Wars' can eat whatever he wants, TBH.

George Lucas, the legendary creator of Star Wars, was recently spotted in a mall food court in Adelaide, Australia, where he sat alone with what appeared to be a plate of garbage food court noodles and a Diet Coke. The ingrates on social media were quick to criticize Lucas for presenting this sad tableau:

why is george lucas alone eating cheap chinese fast food in an adelaide mall food court. i have so many questions

Sad, though? George Lucas—a man who created a generation’s childhood space-opera dream, who has pushed to construct affordable housing on his Marin County land, who produced both a documentary and an action movie about the Tuskegee Airmen—was just in Adelaide to spend time with his wife, Mellody Hobson, while she was at a conference.

Sure, his ex may have been the real genius behind Star Wars, but ol’ George has done more good for more people than the haters ever will. Why the hate? Why can’t one of the few living titans of cinema eat his budget-friendly noodles without your petty scorn? 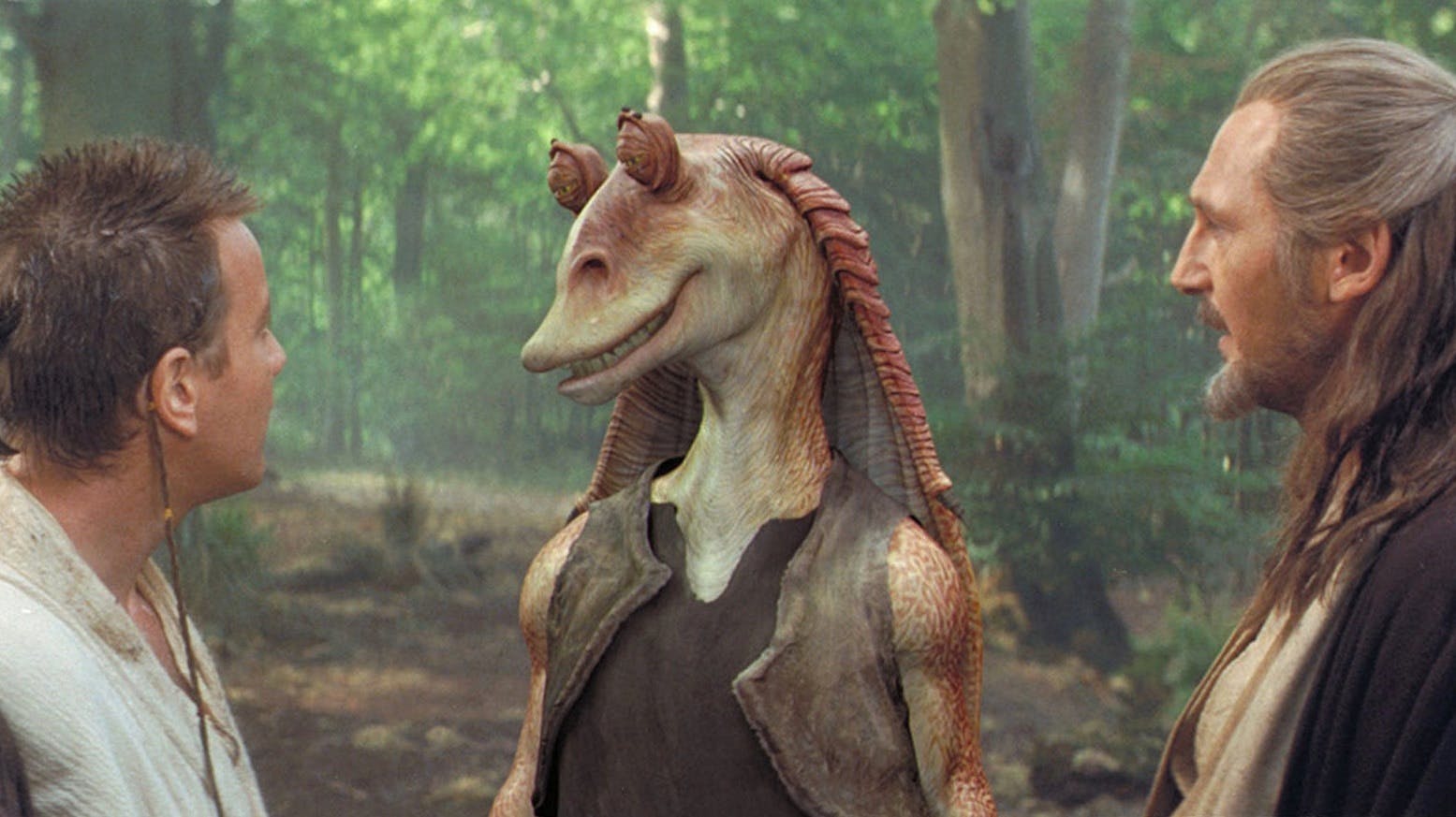 Well, carry on then.