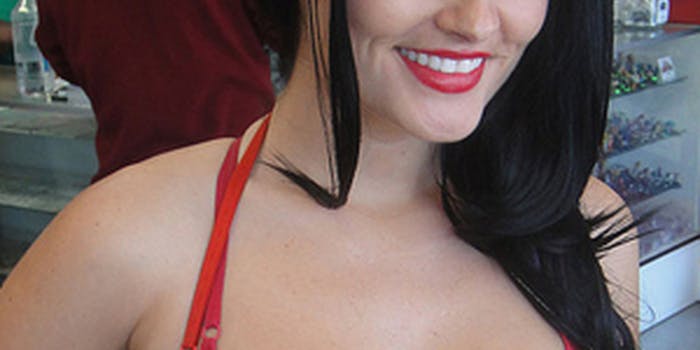 Two articles on CNN's GeekOut! blog revived the Internet debate about "fake geek girls," and plenty of female geeks are arguing that the writers got it all wrong.

Just a day after noted comics critic Gail Simone blogged her frustration with the misconception that girls don’t read comics, CNN posted a double serving of backlash against girls in geek culture on its GeekOut! blog, drawing perplexed responses from fans across the Internet.

The first article, “Camp Breaking Dawn’ and the ‘Twilight’ of the Boys’ Club,” noted that women had, especially since the ‘90s, become more active in geek culture. “Many of today’s best online comic and fantasy-genre news sites and discussion groups were started by, and remain powered by, women,” wrote author Rob Salkowitz.

Yet, Salkowitz then went on to imply that girls mostly only showed up at Comic-Con because of Twilight. “Girls don’t read comics,” opined one reader on Twitter in response, while other fans scratched their heads.

“Twilight fans were at Doctor Who, Game of Thrones, The Firefly Reunion, The Walking Dead, True Blood, The Revolution Panel checking out the next project from two people in the Twilight cast, The Hobbit,” commenter Laura replied to the original post. “There is this misconception that Twilight fans like only Twilight. For most fans, it’s pure escapist fun, it’s just one aspect of what they enjoy.”

“I find it interesting that he’s framing this as a defense, while still setting the dichotomy up: True Hardcore fans VS Girl Stuff,” Twitter user @raanve told the Daily Dot.

Salkowitz missed the point about why men should want women to enter male-dominated geek spaces. “Traditionally,” he wrote, “guys who are into comics and related subcultures did not suffer an overabundance of female attention during their adolescence. Now that they are grown-ups, they might see the advantages of having women around who share their interests and passions.”

Naturally, Twitter raised more than a few eyebrows at the idea that women are just there for the “advantage” of their male geek counterparts or to pay attention to them.

“That thing where dudes generously ‘bestow’ male privilege on women who like the right stuff the right way,” raanve added. “No thanks.”

Just a few hours after this article ruffled feathers, writer Joe Peacock sent flames across the Internet with his own GeekOut! article, “Booth Babes Need Not Apply.”

“I hate poachers. Pure and simple,” he said, speaking of the trend of so-called “booth babes” representing companies at cons—according to Peacock, these women are just “pretty girls pretending to be geeks for attention.”

It went downhill from there:

I call these girls “6 of 9”. They have a superpower: In the real world, they’re beauty-obsessed, frustrated wannabe models who can’t get work.

They decide to put on a “hot” costume, parade around a group of boys notorious for being outcasts that don’t get attention from girls, and feel like a celebrity. They’re a “6” in the “real world”, but when they put on a Batman shirt and head to the local fandom convention du jour, they instantly become a “9”.

The storm of outrage was immediate, with nearly 700 comments flooding the blog in response.  Many fans expressed bafflement at Peacock’s attack on the Frag Dolls, a noted group of hardcore gamer girls who advocate for acceptance of women in gaming culture.

Others questioned why Peacock’s article demonized notable geek girls like Olivia Munn but lauded Felicia Day as a true geek—including noted sci-fi author John Scalzi and even Day herself.

“Dear reporters, getting a bit tired of being held up as an ‘authentic’ geek as you write posts against women who ‘exploit’ geek culture,” Day tweeted. She added, “Where are the articles on men ‘exploiting’? Let’s just be inclusive and move on!”

Yet it’s clear that no one’s moving on from the heated and ongoing debates about women in geek culture any time soon. “Female fans CAN drive away boys with their cooties,” wrote ComicsBeat in response to Salkowitz. “As asinine as this attitude is, it exists, it informs million dollar decisions and that’s how it is.”

Peacock may think girls like Nellie are only taking jobs in the gaming industry for the money, and not for the love; but even if they are, commenter Valerie put it best: “Why does any woman – your friends, Felicia Day, that random Power Girl posing for photos about whom you know *nothing*, or me – need your stamp of validation on her geek cred? Answer: She doesn’t.”