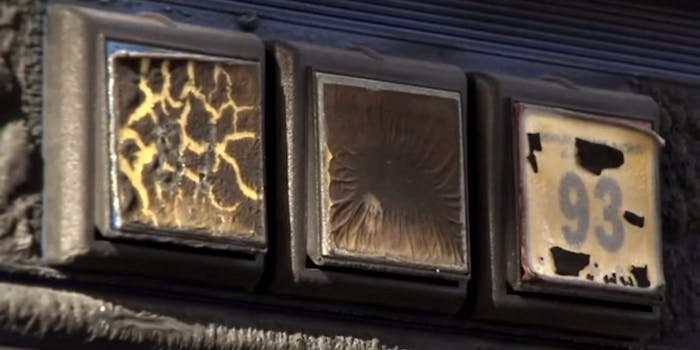 Fire makes a great weapon if you’re anywhere but a gas station.

Fire makes a great weapon if you’re anywhere but a gas station.

A man was filling up his car in Center Line, Michigan on Tuesday morning when he noticed a spider crawling across his gas tank. He followed through on his first impulse, which was to light the spider on fire with a cigarette lighter. Perhaps predictably, the gas station caught fire instead.

The situation was rectified when gas station attendant Susan Adams calmly hit the station’s emergency button that stops dispensing gas, and called the fire department. The unnamed man responsible for the blaze grabbed a fire extinguisher and put out the fire before firefighters showed up.

Speaking to the news crew after the incident, Adams described her thoughts upon watching the gas station’s security footage of the incident, which immortalizes the man’s idiotic blunder. “You dumb so-and-so and so-and-so,” she said. “Do you know gas go boom?”

No one was injured, and it turns out that the man’s car was barely damaged in the fire. The gas station was the only entity to see consequential damage, and its insurance is expected to cover the damage.

The fire-starting motorist returned to the station the very next day to gas up again. The spider’s whereabouts are unknown.