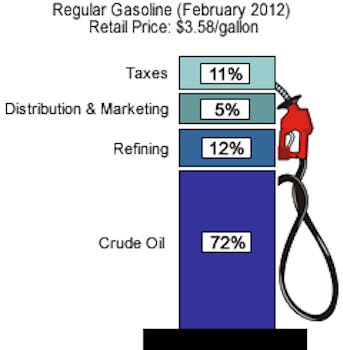 The price of gas explained in 9 easy steps

The price of gas is going up and everyone from politicians to that drunk guy on the couch thinks they know why. They're wrong.

Gas prices in the U.S. are almost $4 and it’s only just April. As another spike in gas prices appears increasingly inevitable, we’ve got to wonder, what’s going on?

The folks at Climate Desk have Storified an answer. They start with the question, “Why are gas prices so high?” and proceed to cut through the politics surrounding the issue, delivering empirical data and expert analysis.

The verdict? That’s for you to decide.