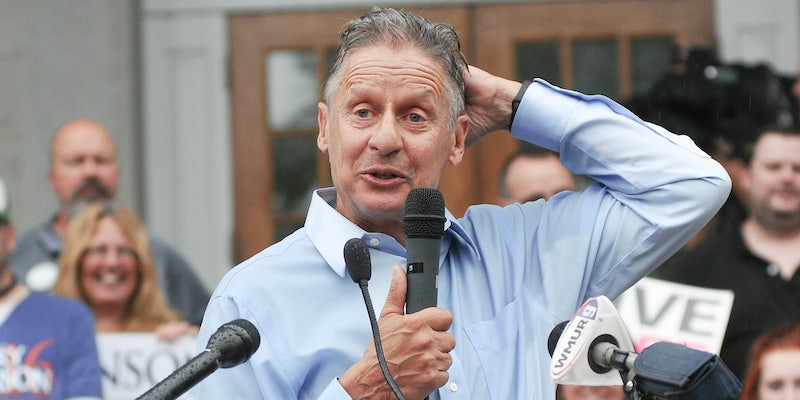 Human gaffe dispenser and Libertarian presidential nominee Gary Johnson is still gunning for the White House. With less than a week to go until the general election, Johnson’s numbers have slipped to just 5 percent. Still, he thinks he can rally. How’s he gonna go about changing the minds of more than, say, the 4 percent of voters casting their ballots for fellow third partier Jill Stein? 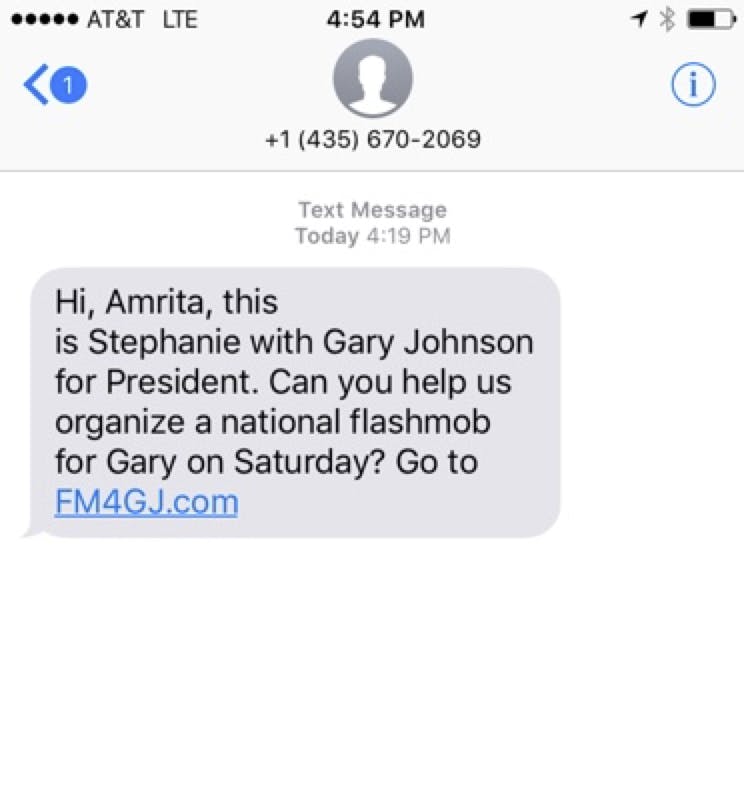 The above text message hit the phone of fellow Daily Dot writer Amrita Khalid on Thursday because I’m literally not brave enough to receive SMS alerts from the Johnson-Weld (insert smirk emoji) campaign.

Heading to FM4GJ takes supporters to a Google Map featuring more than 50 “flash mob for freedom” locations around the country, from Long Beach to Boston. Some cities even include multiple flash mobs, so if you live in Albuquerque, Philadelphia, Houston, or White Plains, I’d suggest getting the fuck out of town. But when?

A majority of the flash mob listings I perused had nary a date. Just a time to assemble and the day the event was created. A Facebook event, however, has the answers. 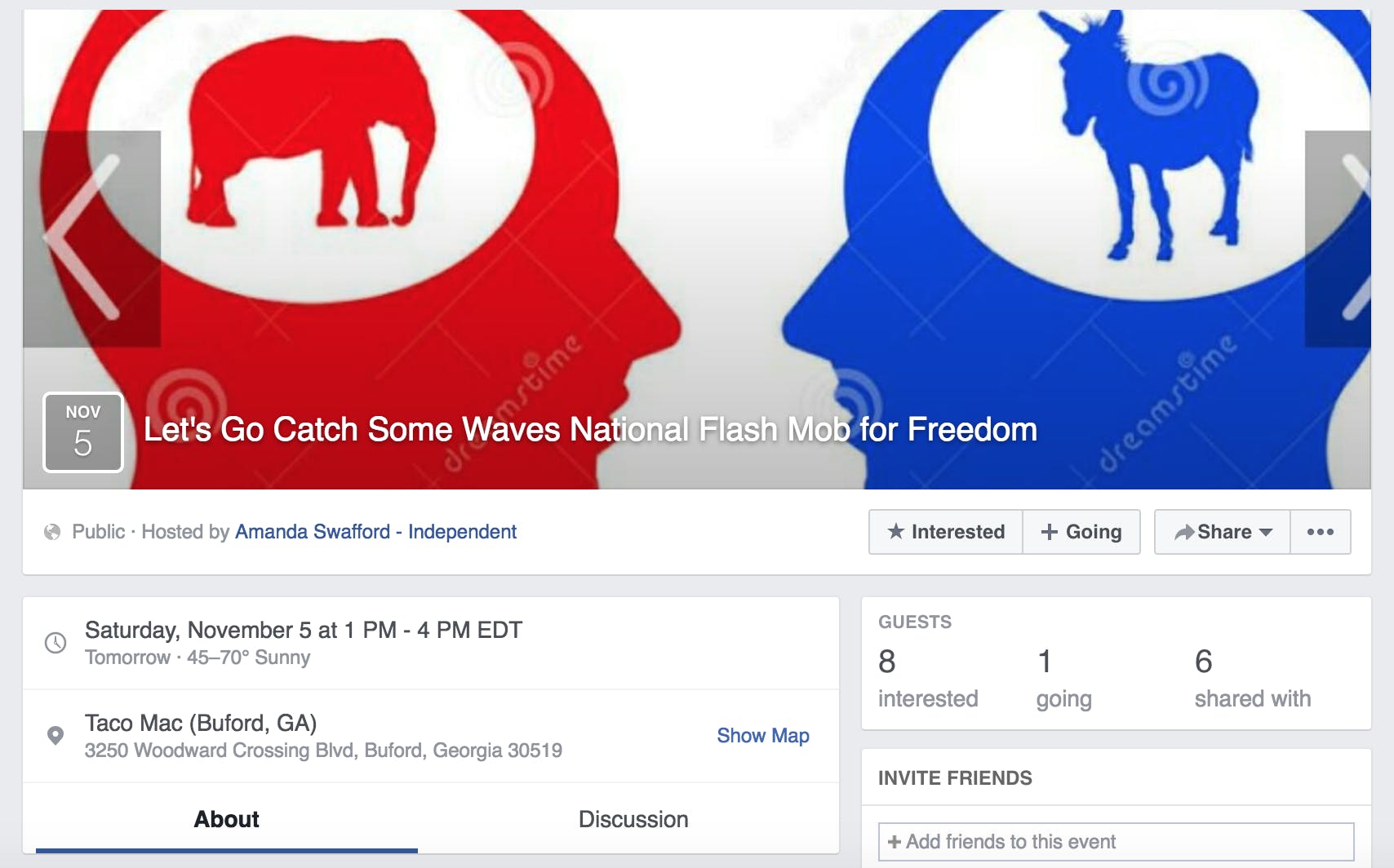 Really, Gary? You stole stock art for this?

Not to fear. This event and many others have been absorbed into the more professional “National Flash Mob for Freedom” event page. It all goes down Saturday, apparently.

The Libertarian party wants you to “exercise your freedom to dance” while also Facebook Live’ing your comically embarrassing routine that’s sure to be about as tone deaf as Johnson’s “what is Aleppo?” and world leaders gaffes. It’s a real on-brand affair!

Some suggested tunes to groove to include Buffalo Springfield’s “For What It’s Worth,” the Beatles’s “Revolution,” the Beastie Boys’s “Paul Revere,” and, uh, “Paul Revere” again because why the fuck not!

This would’ve been really cool in 2004, possibly 2008, and maybe even 2012 if you could get Ellen DeGeneres on board. The flash mob is too close to its own creation to be considered nostalgia and now too Gary Johnson’d to ever be considered cool.

The event is basically a second line for the Johnson/Weld campaign’s Oval Office dreams. At least it’s got a bitchin’ (if not repetitive) soundtrack.