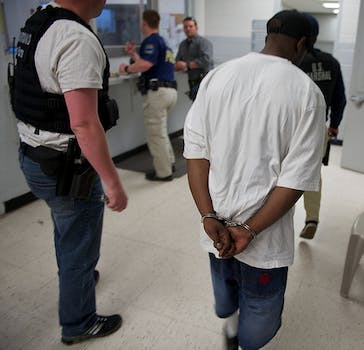 Gang members are total high schoolers on the Internet

Even though authorities often use video footage to arrest gang members, 46 percent said that their gang posted footage online.

According to a new study, American gangs are on the Internet. Not surprising.

But instead of engaging in cybercrimes, like their European counterparts, or using various social media to find and kill dissidents, like Mexican drug cartels, American gang members are using the Internet much like teenagers do: to brag about their exploits and to pimp themselves out.

The study, titled “Criminal and Routine Activities in Online Settings: Gangs, Offenders, and the Internet” and published in the latest issue of Justice Quarterly (it’s behind a paywall), was conducted by David Pyrooz, an assistant professor at Sam Houston State University’s College of Criminal Justice. Pyrooz also received assistance from Arizona State University professor Scott Decker and ASU doctoral student Richard Moule Jr. The project was funded by the “think/do tank” Google Ideas.

So, what did they find?

For starters, 56 percent of all individuals noted that they watch gang-related videos on sites like YouTube and WorldStarHipHop. The respondents said that they mostly watch fights and music for entertainment, much like they would with a boxing or UFC match.

A quarter of all respondents also claimed to have used the Internet to do some cursory research about gangs. According to the study, a common answer was to “Google rival gang names, see what shows up.”

Unsurprisingly, gangs don’t conduct much organizational activity online. Only 19 percent of participants said their gang had a website, 9 percent claimed that their gang organized online, and 8 percent stated that their group recruited online.

These numbers could be attributed to a variety of factors. As one gang member put it, referring to their usage of social networks, “[We] don’t talk about it [gang business] because the police is on there.”

“That’s a no no,” said another. “Only idiots do that. Why would you do that?”

What’s apparently not a “no no” is uploading videos. Of those asked, 46 percent said that their gang posted footage online. This figure is incredibly high when you take into consideration the fact that authorities have used online videos to arrest suspects in the past.