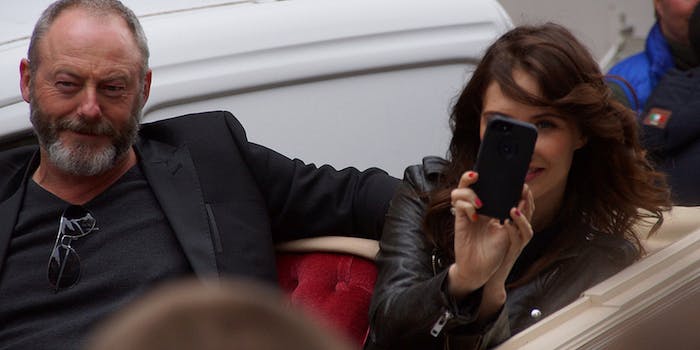 Melisandre and Davos hate each other in real life, too.

Poor Davos. The former smuggler, played by Liam Cunningham, was once the right hand man of the king-to-be, Stannis Baratheon. But when Davos turned on Melisandre (Carice van Houten), the red-eyed seductress who shows Stannis weird things in fire, he was called a traitor and banished to a grungy cell. He’ll never accept Stannis and Melisandre’s bizarre religion that pulls men out of death and black assassin ghosts out of women.

It’s wonderful that the Game of Thrones cast is having so much fun that they’re taking their on-screen personas to Twitter.

Not to forget Williams and her GOT sis, Sophie Turner, creating something called Vine-ception off set. Oh, and doing the cinnamon challenge. They’re just good at the Internet all around.