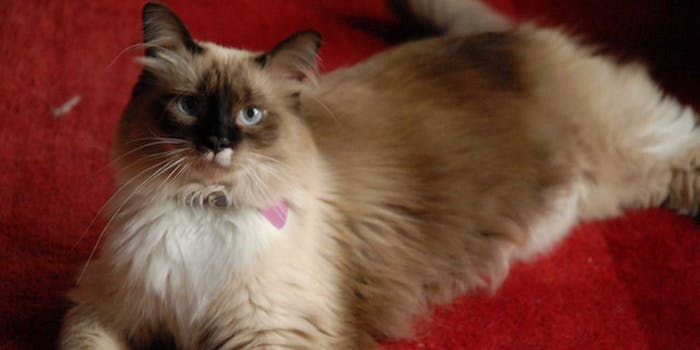 Our picks for the Friskies, the award show for cat videos

Check out some early contenders for one of the biggest cat video events of the year.

Your cat is adorable, cuddly, and, of course, attention-starved. But is it award-worthy?

This is the question that Friskies seeks to answer. For the second year in a row, the cat food company is sponsoring “The Friskies,” an award show that aims to discover the best new cat videos of the year. It’s basically like a Grammy, except that it might actually mean something. (Oh, and it’s for cats.)

Last year, top honors went to Oskar the Blind Cat, who, despite his condition, couldn’t stop playing with his ball toy. Nearly 500,000 viewers have seen Oskar’s video since his Friskies win.

Entries for the 2013 contest are being accepted through July 15. The Friskies will be distributed in a live broadcast on October 15 in New York City.

To mark the upcoming event, we at the Daily Dot have gathered up our favorite Friskies contenders for each of the contest’s four “cat”-egories. Who will take home the troph—er, the $5,000 check and commemorative cat statue?

Recently rescued cat, Cookie, loves going out on her leash – and climbing fences!

And finally, in the special, non-contest category of “Just Plain Disturbing,” we present you with “Blind Ray mouse-juggling.”