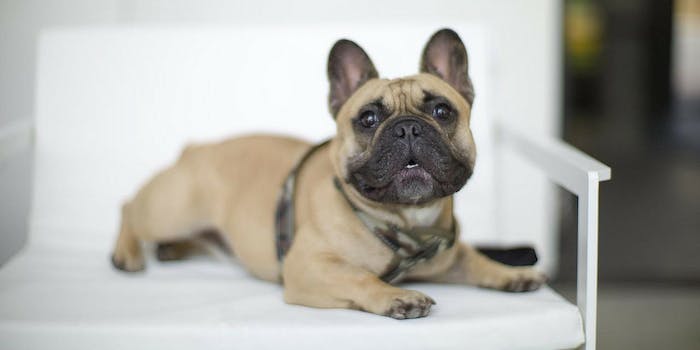 Guard dog of the year.

Size didn’t matter when it came down to this doggy-bear showdown.

CBS reports that a 20-pound French bulldog named Jules took on three bears trespassing on her property. Jules scared away the two that were invading the front yard, along with a third bear that was chilling on the home’s balcony.

Jules comes in to save the day around the 30 second mark, giving no fucks about the bears being more than a couple times bigger than her. She goes paw to paw and is the champion after just a few seconds.

The tiny pooch was reportedly given a bath, a treat, and lots of kisses for getting the bears to scram. That seems like a fair award for her heroic deeds.