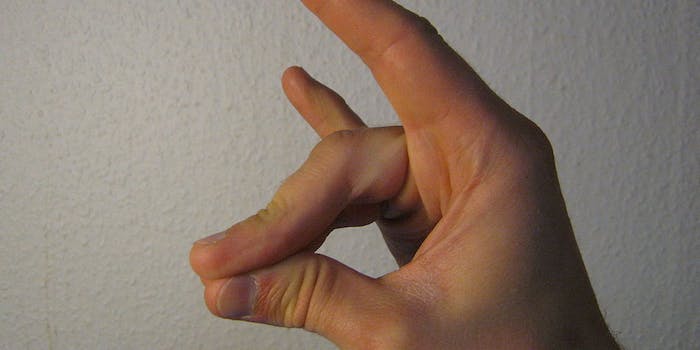 We’re sorry to report your hands are merely uncooperative mittens

Just don't make him snap his fingers in a Z formation.

Darren Drouin’s snapping abilities put us all to shame.

Snapping itself is a common talent or annoyance, depending how you feel about it, but for the most part, we never go beyond a single snap or keeping time with the music.

But now, this “useless talent” of Drouin’s is its own form of music, and he’s put on a display for all to see.

“This is more just like an annoying hobby that I torment my girlfriend with than anything real,” Drouin explained, but he was convinced by friends to put something together.

The snap is only a small part of what he does, and after explaining the different techniques, he puts on an improvised performance that’s reminiscent of the “Cups” phenomenon.

It may be music to our ears, but we’ve yet to figure out how to match it, which is probably a good thing when we’re among non-snappers.