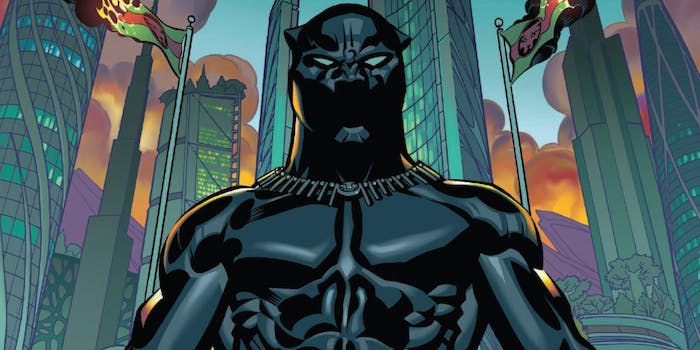 Black Panther: A Nation Under Our Feet Vol. 1/Marvel

The first batch of free volumes include popular titles like 'Civil War' and 'Black Panther.'

Marvel‘s digital subscription service, Marvel Unlimited, will now offer a batch of free comics each month. The first list of titles are available from April 2 to May 4, and we’re not talking about random single issues, here—it’s all full volumes from major storylines like Civil War.

You have to download the Marvel Unlimited app to read them, but after that it’s just a matter of clicking “Free Comics” on the front page. It’s not a free trial, just a straightforward giveaway during a time when everyone is desperate to stay occupied at home.

The first month’s list includes titles from each of Marvel’s major franchises: Avengers, X-Men, and Fantastic Four. Some are a little older (Avengers: Kree/Skrull War and the original Dark Phoenix Saga) while others are more recent, like the first volumes of the excellent 2016 Black Panther series, and the 2014 Captain Marvel reboot that upgraded Carol Danvers from B-lister to one of Marvel’s top heroes.

If you’re a die-hard Marvel fan, you’ve probably read most if not all of these already. But for most people, this is a pretty sweet deal. Our personal recommendations would be Black Panther and Captain Marvel (obviously), the original Winter Soldier storyline (a classic!), and Thanos Wins if you were a big fan of Avengers: Endgame last year. But there’s no need to bother with Civil War; it’s kind of overrated.

Hopefully DC will follow suit with some free content on DC Universe, which currently offers TV and movies along with a library of digital comics.