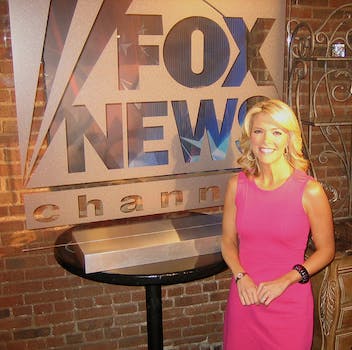 Pepper spray is to a vegetable what rubber bullets are to ______. Twitter and Gawker help fill in the blank.

After calling pepper spray “a food product, essentially,” Fox News anchor Megyn Kelly has had her name dragged through Twitter and Gawker’s comment section all morning, with people finding creative ways to call her an “idiot.”

Kelly appeared on The O’Reilly Factor Monday night where she and the host discussed the UC Davis pepper spraying incident. During their conversation, both news anchors suggested that the pepper-spray may have been diluted, although Kelly did say that the spray was “ “obviously abrasive and intrusive.”

“I know that the tape looks bad,” said Kelly, referencing a YouTube video of a UC Davis police officer pepper spraying students. “I agree it looks bad. All I’m saying is from a legal standpoint, I don’t know that the cops did anything wrong.”

On Monday, it was reported that US Davis Police Chief Annette Spicuzza, Lt. John Pike and another officer responsible for pepper spraying students were being placed on administrative leave by the university. Pike has since morphed into a popular meme.

Pepper spray is “made from chili peppers and combine it with water, glycol (a chemical used in shaving creams and liquid soaps) and a propellant such as nitrogen,” reported Discovery News in a article published in response to the US Davis incident. According to the article, U.S. law enforcement can legally use pepper spray on subjects whereas U.S. troops fighting overseas “are banned from using it in combat by international treaty.”

In a Gawker article about Kelly’s statements, more than 300 readers lashed out against the 41-year-old news anchor with meme-like comments, speculating on what Kelly might have to say about things like “rubber bullets,” “Auschwitz [concentration camp],” and “genital mutilation.”

On Twitter Kelly quickly became a trending topic, collecting more than 1,300 tweets in just the last two hours, according to statistics from Topsy, a social media search engine.

Here are some of the tweets that grabbed our attention.