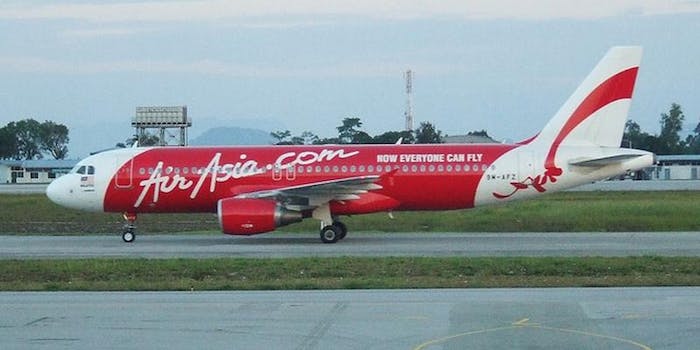 Anna Kooiman: Did the AirAsia flight disappear because of "a difference in the way that we measure things?"

On Sunday, reports surfaced that AirAsia Flight QZ8501 mysteriously disappeared en route from Indonesia to Singapore. And if the media frenzy over still-missing Flight MH370 taught us anything, it’s that someone would eventually say something dumb about it.

In this case, “eventually” turned out to be just a few hours, thanks to Fox News host Anna Kooiman, who speculated that the metric system might have played a role in the Air Asia flight’s disappearance.

Kooiman brought up her AirAsia hypothesis during an interview with former Federal Aviation Administration spokesperson Scott Brenner, who was invited to Fox News to discuss how “the different ways other countries train their pilots” might have contributed to the disappearance of the plane, because Amurrica.

“When we think about temperature, it’s Fahrenheit or Celsius,” Kooiman said on the show. “It’s kilometers or miles. You know, everything about their training could be similar, but different.”

While Brennan pointed out that the real difference between American and international pilots was the reliance on autopilot during flights, not the variations in measurement system, Kooiman was insistent.

“It’s not just a difference in the way that we measure things?” she asked. “Is it not as safe in that part of the world? Because our viewers may be thinking, ‘International travel, is it safe? Is it not safe?’”

Of course, Brennan assured Fox News viewers that international travel was just as safe as domestic travel, and that the metric system wasn’t responsible for the AirAsia plane’s disappearance. But if you’re dumb enough to believe that using the metric system makes you less qualified to fly an airplane, then you probably shouldn’t be allowed to board an international flight in the first place.