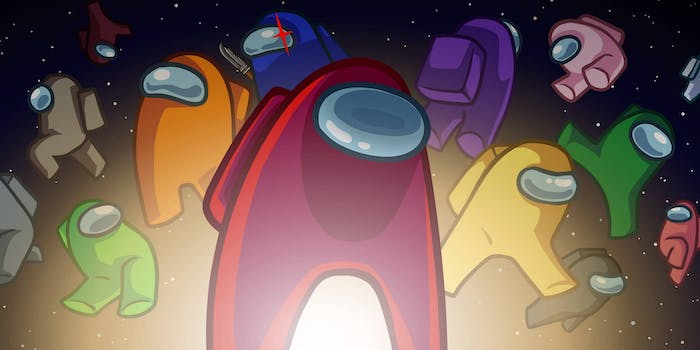 Fortnite accused of ripping off Among Us

Gamers were quick to point out the startling similarities between Among Us and this new Fortnite mode.

If you’re familiar with the cult-popular indie game Among Us, then Fortnite‘s new “Impostors” mode may seem suspiciously familiar.

Announced on Tuesday, Impostors seems to share many similarities with Among Us, a 2018 game that exploded in popularity last year. The word “impostor” is a central element of the Among Us format, where gamers play the crew of a spaceship, attempting to identify alien impostors in their midst. Fortnite‘s Impostors sounds almost identical. It’s a multiplayer social deduction game where Impostors attempt to sabotage and eliminate Agents, while Agents can vote to eject suspected Impostors from the team.

Gamers were quick to point out the apparent overlap, raising the question of whether Epic Games (the studio behind Fortnite) had permission from Innersloth (the studio behind Among Us) to use this concept. According to the official Among Us Twitter account, the answer is no:

One of Innersloth’s developers pointed out that the game map in Impostors looks very similar to the one in Among Us. Meanwhile Among Us‘s community director Victoria Tran tweeted, “it would’ve been really, really cool to collab haha. just sad indie hours rn.” She added that while game mechanics “shouldn’t be gatekept,” it was disappointing to see Epic Games not even bother to think up new themes or terminology for Impostors. Another Innersloth developer shared a webcomic about art theft, clearly commenting on the same issue.

There are plenty of social deduction games out there, both in tabletop gaming and video games. Many of them (for example Mafia, which has been around since the 1980s) share a similar format to Among Us. But Among Us is still a distinctive game, and it’s one of the biggest indie hits of recent years. It gained an influx of new players during the pandemic, attracted by its accessible gameplay and social elements, allowing people to hang out with friends and strangers during lockdown. In a different way, this is also one of the key appeals of Fortnite, so it makes sense for Epic Games to jump onto such a popular idea. The problem for many is that Impostors looks like a copycat rather than a fresh take on the genre. The Daily Dot has contacted Epic Games for comment and will update the story when we hear back.

This whole situation is a bad look for Epic Games, a massive studio that’s already faced lawsuits over Fortnite‘s use of dance moves without the creators’ permission. Among Us may have a cult following, but it’s tiny compared to Fortnite, giving the impression of a corporate behemoth taking advantage of indie creators.