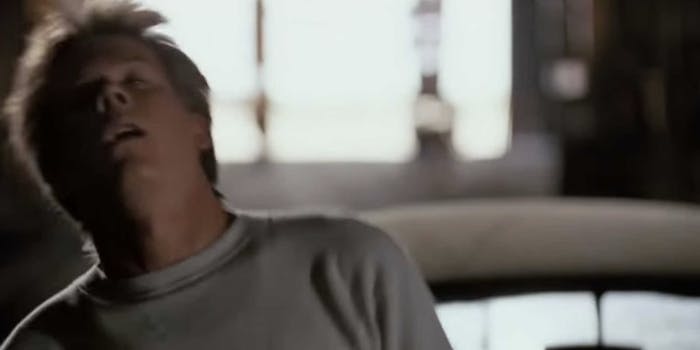 Just back out slowly—maybe he didn't see you.

I’ve never watched Footloose, probably never will, and now, at last, am quite sure I don’t have to: The ’80s flick about a town where the local minister bans dancing can’t possibly compare to a masterful edit that scrubs the music from one of its best-known scenes.

How does this “realistic audio” affect Kevin Bacon’s performance? In ways you can’t imagine.

Somehow, more than 30 years later, I believe he’s in another warehouse, doing this right now.

H/T The Daily What | Photo via Mix Minus/YouTube