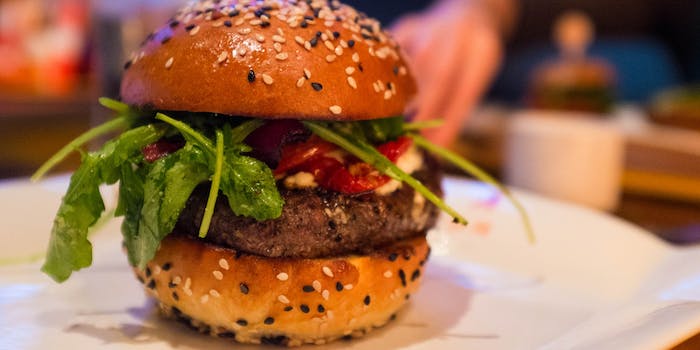 A little polite treatment goes a long way in the food industry.

If there’s one topic food service employees love to discuss, it’s the pros and cons of working in their industry. People seem to hold a different standard for how they treat waiters, fast food clerks, and the wide range of other men and women who serve their meals. This was most recently evidenced by the viral story of a high school football player who thought it was humorous to use his bill as toilet paper in lieu of leaving a tip for his waiter.

This story prompted me to talk with roughly half a dozen food service employees about their experiences. Even if you’re not as boorish as the aforementioned teenager, it is generally a good idea to remember the following list of tips on food service etiquette. You don’t have to be like the folks who left an $100 tip for bad service, but a little courtesy is a good place to start.

“Not saying hello to or ignoring a hello from a waiter is a huge pet peeve,” explained Blipka, a barista at a local coffee shop. “I know you’re in a hurry, but Jesus, take two seconds to acknowledge me as a person.”

There is more supporting Blipka’s position than basic common courtesy. Studies have shown that the simple act of saying hello helps people feel included and, in the case of the ones delivering your food, increases your chances of receiving quality service. It also increases the psychological and physical health of the recipients of your social generosity, which is a big plus for anyone who wants to perform a simple but powerful daily good deed.

2) If your server makes a mistake, be calm and polite about it.

While customer service employees are generally the ones who are taught about the importance of being polite, the customers themselves are often in dire need of that lesson.

“There were a few times when the sandwich was missing or the fries were cold, especially during an overnight shift,” Nate, an employee at a fast food restaurant, told me. “Believe it or not, it isn’t uncommon for people to verbally and even physically attack us over a forgotten burger.”

This almost certainly plays into the modern tendency to view those who serve us food as automatons rather than people. That factor is then exacerbated by the traditional stigma associated with food service work, leading many customers to assume that mistakes are due to incompetence or stupidity. Not only is that not always the case, but even when it is true, it doesn’t mean that taking your day’s frustrations out on your waiter or server will result in any constructive result. By keeping your cool, your problem is more likely to be solved—and you’ll feel better, too.

3) Don’t blame the servers for policies established by their bosses.

This may seem like common sense, but every waiter and food service worker I’ve talked to has told me stories of being blamed for their employers’ mistakes. “One time a woman came up to me and asked for two cups of ranch dressing,” recalled Dylan, who works at a local pizzeria. “When I told her that they would cost fifty cents each, she shouted ‘Ugh! That is just terrible customer service.’”

Again, a large element of this can traced back to the depersonalization of the people who serve us our food. Specifically, there seems to be the prevailing notion that it is acceptable to take one’s life frustrations out on the people who enforce stupid or unfair policies laid down by their higher-ups. If a food service employee is a fellow human being, of course, one might be inclined to avoid using them as proverbial punching bags and recognize that they have no more power over the people who write their paychecks than any other employee. More than any other single theme, however, this is the one that I encountered over and over again during my interviews for this article.

4) Line cutters are the bane of a food server’s existence, too.

Believe it or not, line butters are as much the bane of a food server’s existence as they are of the people waiting patiently in line. “People jumping in line is one of the most irritating things anyone can do,” explained George, who works at a local restaurant. “It is not only rude to other customers, but can be quite frustrating and confusing to the servers as well.”

As a recent study found, people have an instinctive sense of fairness that comes into play when interacting with waiting lines. Although they’re willing to make exceptions for individuals who are clearly pressed for time or facing some other trying circumstance, in general they become “upset,” “angry,” and even “outright hostile” when they perceive one individual clearly believing he or she is more entitled than the others. If you find yourself facing a line cutter in a restaurant and want to strangle the offender, the chances are your server feels the same way.

5) Acknowledge when they’ve done something to make your experience better.

Like everyone else, food service employees appreciate it when you acknowledge the things they’ve done right. “If there is an issue, you should say something immediately and politely, but then give your server a chance to correct the issue to make your experience [enjoyable],” explained Alice, who has worked as a waitress at several restaurants. “After you’re done, just say thank you. It goes a long way.”

Indeed it does. Studies are unambiguous about the social and economic benefits of simply saying thank you. “Receiving expressions of gratitude makes us feel a heightened sense of self-worth,” explained Francesca Gino of Harvard Business School, “and that in turn triggers other helpful behaviors toward both the person we are helping and other people, too.” Because food service employees are so frequently met with hostility (see: points #2 and #3), it stands to reason that they would be even more susceptible to the kindness of basic gratitude.

None of this is being written to imply that all Americans are as crass and cruel as the teenager who relieved himself on a waiter’s bill. Even if you aren’t as depraved as that young man, however, it’s always valuable to try to improve the way you treat others. Food servers aren’t going anywhere, and they’re people, too: They deserve to be treated as such.