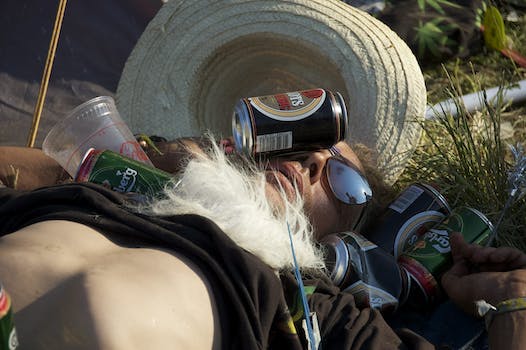 This 23-year-old cannot cure your hangover

Everyone from your alcoholic uncle to your college drinking buddy is going to claim to have a cure for a hangover. Some of them, drinking water, eating some easily digestible food, are based in science (you know that thing Americans used to believe in/be good at) while others, drinking more alcohol, or putting a slice of lemon under your arm, are either a waste of time or actually harmful, and can lead to alcoholism and nicknames like “Ol’ Lemon Pits”.

Now, yet another company has come out and claimed to have a way to prevent hangovers. The company is called “Flyby” and, much like every miracle cure, comes with a cute back story.

On a trip to Japan, I found myself with friends in an all-you-can-drink izakaya. Gearing up for an adventurous evening, one of my pals suggested taking a Japanese drinking supplement. Intrigued, I decided to put the drink to the test—while taking full advantage of the bar’s bottomless beverages.

Despite drinking ’till the sun came up, I woke up feeling great and had a newfound appreciation for the potential of vitamins and detoxifying compounds. Back in the states, I dove into research and spent months developing a formula that would promote health within a lifestyle of drinking. Finally, I worked with a PhD [sic] in biochemistry to refine the formula and take it to the next level with a synergistic mix of ingredients. After more than a year of optimization and rigorous testing, Flyby was born to help us feel a little better the morning after.

This has all the hallmarks of a good miracle cure. First, it comes from a foreign country. This has to happen otherwise we would have heard of it, right? Secondly, it has to come back to the United States and be combined with good ol’ fashion American know-how. USA! USA!

Also, you have to believe it works because an unnamed Ph.D. in biochemistry was involved. This person no doubt obtained said Ph.D. from some famous and well-respected university you’ve heard of. That’s why they don’t bother to mention which one it is.

The story is complimented by a picture of the founder of the company, Eddie Huai. See, he looks smart right?! Those are the glasses and collared shirt of a guy you can trust.

There’s even a hip video for all you millennials out there who like to party and be cool and shit.

Look at those hilarious suits. How can these pills not work?!

Flyby is not the first company to make these claim. Products like “Morning Fresh” and “Party Smart” have been around for awhile, and a quick Google search will turn up articles similar to those now out for Flyby.

It’s important to note that, despite what some articles have said, Flyby never claims to have invented a “cure” for a hangover. If you woke up in the morning with a hangover, then took this pill and it went away, that would be a cure. What the company claims is that taking their pills before you drink, or right before you go to bed, will prevent a hangover. Which, although still fantastic, is not the same thing and, as of right now, there’s not enough evidence to backup even that claim.

Now it’s possible that some of these things might actually help ease a hangover (especially if you take them with water, something that definitely will help). For example, one study has shown that Dihydromyricetin “counteracted acute alcohol (EtOH) intoxication, and also withdrawal signs in rats,” but that doesn’t mean it will have the same effects in humans. Also, it seems like counteracting intoxication means you’ll have less of a hangover, but you might not get drunk in the first place, which seems to defeat the purpose.

Of course, these are questions best left to unnamed biochemist from unnamed universities.

Really the most important information about Flyby is also available on their website, albeit in tiny greyed out letters at the bottom. Don’t worry, we’ve enlarged them for you:

The statements on this website have not been evaluated by the Food and Drug Administration (FDA). These products are not intended to diagnose, treat, cure or prevent any disease