Watch this artist’s lips as he beatboxes in slow-motion

The guy who made questioning the reasoning for every American idiom popular is now making videos in which he does truly whatever the hell he wants, like singing songs about leftovers or paying tribute to Lou Reed in a loo with a reed.

The German artist’s latest investigates the art of slow-motion beatboxing. It finds Flula dropping a breakbeat for about eight seconds before replaying the clip in super slo-mo for another 40.

You end up getting a few interesting shots, like this one: 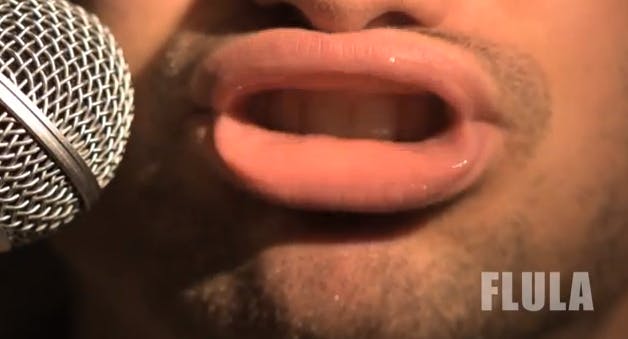 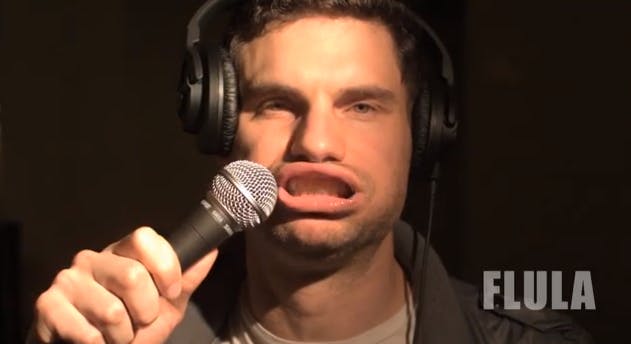 “My lips look like the vagina of a brontosaurus,” Flula reports. Hey Flula, you tell ’em, man.