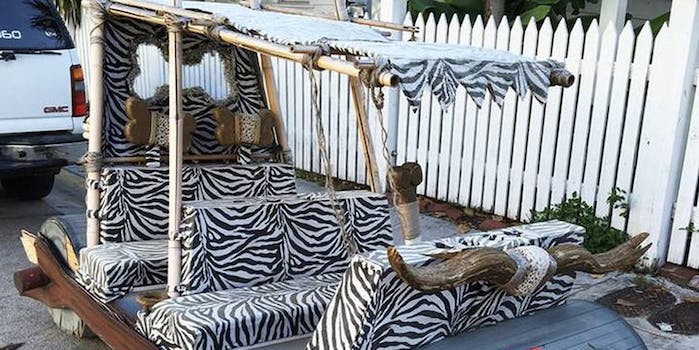 Photo via City of Key West

Somewhere in Key West, Florida, someone dreamed of owning a Flintstones car, did the hard work of putting zebra sheets all over it, and then left the thing illegally parked on the streets next to trucks and SUVs.

The cops were confused. The local news was ecstatic.

City workers were equally befuddled. Apparently, they forgot to check the house the car was parked in front of to see if it belonged to anyone.

Facebook commenters from the neighborhood quickly pointed out that the car, originally built for FantasyFest, then donated to a children’s art center, was given to a man who parked it illegally right outside his house. Due diligence means ringing the doorbell next time.

Another ancient mystery solved. Keep at it, Florida.