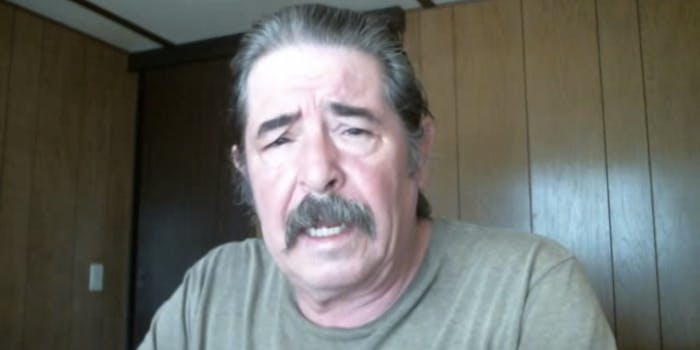 Florida man’s belching makes him sound like a gassy walrus

Ron Johnson of Venice, Fla., uploaded a YouTube video this week titled “Medical Mystery Belching Man.” Johnson claims that he has been unable to stop belching for almost two years.

In the video Johnson says that he lost his job and his health care coverage in 2008; the belching started in 2012. He went to the Department of Health but found no relief. “They were baffled,” he says. “No one can figure out what is wrong with me.”

“I’ve had every gastro test that I can get. Everyone tells me I’m fine. But I’m not fine. This is not fine. The only time that it stops is when I lay down, and it doesn’t completely stop,” Johnson told My Fox Tampa Bay. 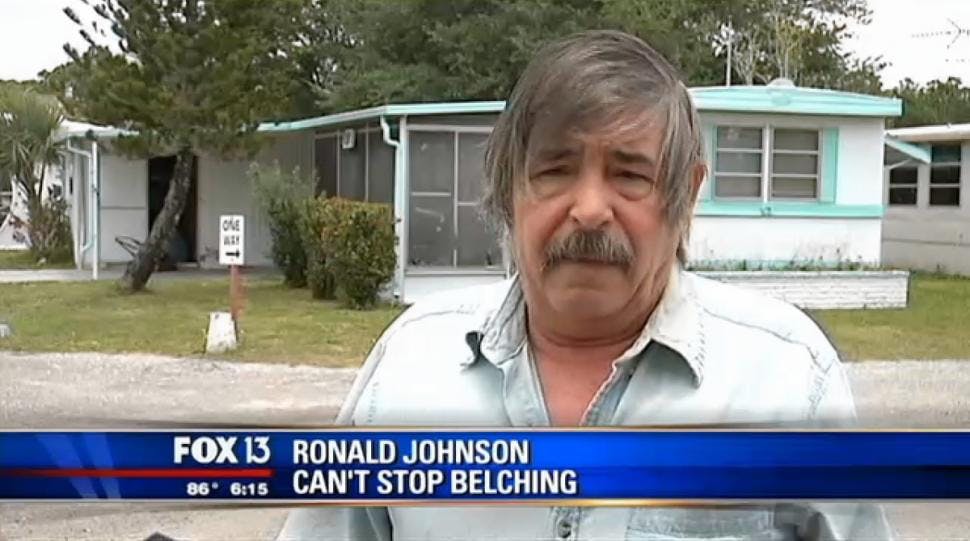 Johnson says he is a 22-year-veteran of the Army National Guard and that his medical coverage doesn’t start until he turns 60; the IB Times reports that he is 58. Johnson did not immediately respond to a request for comment.

“One of the things that comes to mind is a neurological problem,” My Fox Tampa Bay’s Dr. Joette Giovinco speculated. “Something where a nerve may be irritated. It continues to fire an impulse, that impulse makes its way to the muscle, and then you get these uncontrolled contractions over and over and over again.”

“This is no life,” Johnson says.