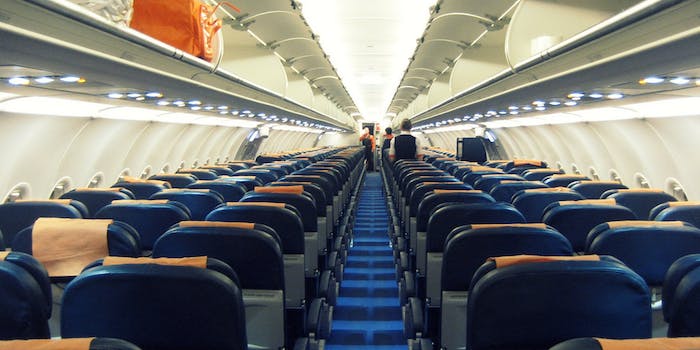 Way better than an in-flight movie.

Just like teachers, waiters, and repairmen, however, flight attendants have lives and hobbies outside of the settings in which most people encounter them. Sometimes, those hobbies are talents just waiting to go viral.

Such is the case with Robynn Shayne, a flight attendant for an unidentified airline whose coworker posted a video of her playing guitar and singing Lorde’s megahit “Royals” in between flights.

This all started “on a lovely winter day” when Shayne’s coworker Nick Stracener noticed that she had brought a guitar onboard.

“I then asked her if she played and she said she loves to play and sing,” Stracener wrote in the YouTube video’s description. “Then this happened.”

Stracener asks his viewers to “get this video viral for her and get her a record deal.” Out of appreciation for her talent and respect for her often-thankless job, we’re only happy to help.