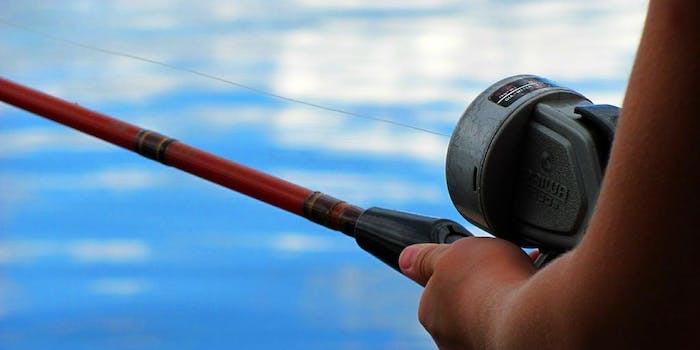 Fisherman with great aim hooks a drone flying over his pier

That'll teach drone pilots to fly over his water.

A California man’s encounter with a drone gives new meaning to the term “fly fishing.”

When Tice Ledbetter sent his drone out over Pacific Beach in San Diego, California, it caught the attention of one of the local fisherman, who decided to make the flying machinery his next catch. With a fling of his rod, the fisherman made the perfect cast and nabbed the drone.

He didn’t end up reeling in Ledbetter’s aircraft, but in the drone’s-eye video below, you can see his excitement at having snared his white whale.

That fisherman’s aim is on par with that of the man who shot down a drone spying on his teen daughter.

Photo via RichardBH/Flickr (CC BY 2.0)