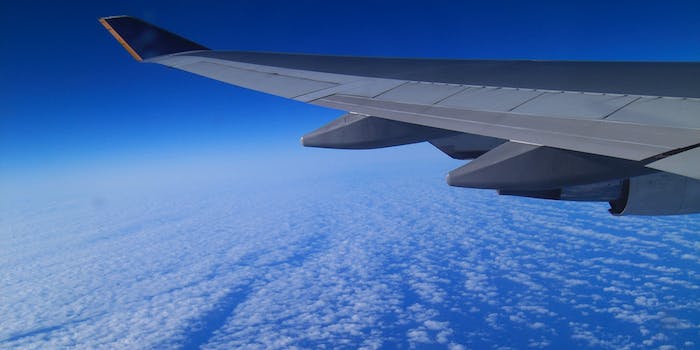 57-year-old Irishman gets teary-eyed on his first flight

If only we could feel like this every time we rode in an airplane.

The perfect time to take your first airplane ride is when you’re between 6 and 10 years old. Any younger than that, and you might not appreciate what’s happening. Any older, and the your desire to be cool will force you to keep your amazement internalized.

But apparently, at the age of 57, you revert back to your pre-pubescent self if you’ve never experienced what it’s like to take a ride in the sky. That’s the case, at least, with the Irishman in the video below, who’s introduced to the wonders of aviation at an advanced age and can hardly believe what’s happening around him.

Watch him as he enjoys his ascent into the heavens.

Four seconds in—I assume the plane was hurtling down the runway and/or leaving the ground at the time—he says, “Oh shit.” 13 seconds later, he exclaims, “Oh, Jesus.” Afterward, he can’t stop laughing and/or tearing up at his new experience.

It’s a tender moment, and it’s a nice reminder that sometimes, the fact that somehow we’re sitting in a chair in the sky with the ability to crisscross the country in less than six hours is actually quite an amazing feat.

Photo by Swaminathan/Flickr (CC by 2.0)