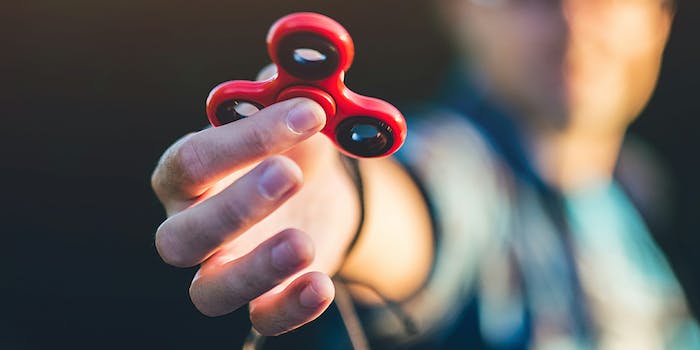 “The fidget spinning on my cock was just a random moment. I was naked scrolling Tumblr and spinning my fidget in my hand. I came across a video that got me hard and then it just happened,” BearKat explained.