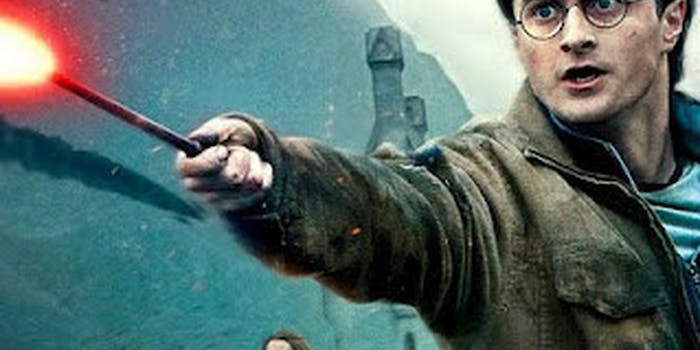 A school project turns into a hit blog.

The Harry Potter series has seeped into every aspect of our culture—from merchandise, to theme parks, to charity work, to our very psyches.

And thence to Tumblr.

“I thought that it might be fun for me to pursue a passion project that combines my two favorite interests: feminism and Harry Potter,” she told the Daily Dot. 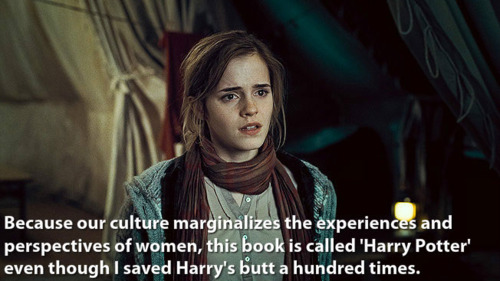 Yandoli, who is a double major at Syracuse University in English and Gender Studies, said the blog originally began as a class project. She came up with the idea during her feminist theory lectures.

“Even though I officially created the Tumblr last weekend, I wrote down a few post ideas here and there throughout the semester in the margins of random notebooks—not quite the J.K. Rowling romance story about writing The Sorcerer’s Stone on a coffeehouse napkin, but the idea did come to me gradually over time,” she said.

However, she feels so strongly about both subjects that she’s keeping it up. A Harry Potter fan since second grade, she’s happy to have a way to combine the franchise with her more recent studies in feminism. And when Yandoli says she’s a Harry Potter fan, she’s not kidding.

“My friends and I had a Harry Potter party before the midnight release of Harry Potter and the Deathly Hallows, complete with homemade floo powder, a Harry-shaped pinata, and plastic replica wands that lit up on the tip—but that was a well-kept secret until now. Needless to say, I’m a huge fan!”

Sometimes, Yandoli’s posts point out pro-feminist aspects of the series. Other times, she casts a critical lens on problematic parts. Her spot-on and sometimes humorous observations have earned her hat tips from feminist Jessica Valenti and Harry Potter Alliance cofounder Andrew Slack, plus more than 1,500 followers.

Yandoli was pleasantly surprised that some found the blog comedic.

“It debunks the false stereotype that feminists ‘can’t be funny’ because they’re always such serious hardasses,” she told us.

Another assumption blogging has crushed: her belief that the general public doesn’t want to hear about feminism. Yandoli said Feminist Ryan Gosling, a Tumblr blog the Daily Dot has covered previously, encouraged her to create her blog.

“I definitely think that this Tumblr inspired me to think seriously about going public with my opinions and analyses about [Harry Potter] and feminism,” she said. “Feminist Ryan Gosling also helped me see how effective social media can be in informing the general public about feminist theory by using a cultural phenomenon that’s loved by so many.”