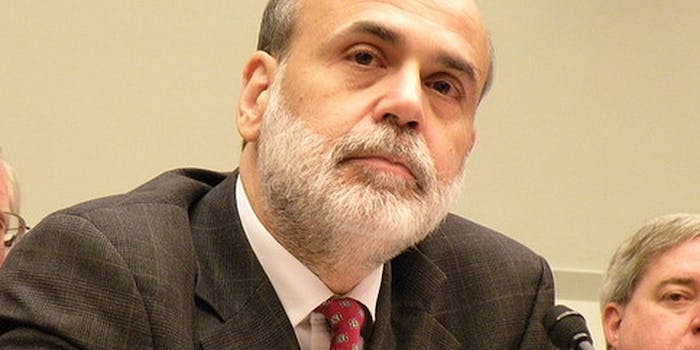 The central banking system of the United States joined Twitter on Wednesday and is tweeting under @federalreserve. The verified account has nearly 2,000 followers and three tweets.

“Welcome to the official Twitter channel of the Board of Governors of the Federal Reserve System. More info: federalreserve.gov,” read the account’s first thrilling tweet. The second tweet‘s a link to an explanatory video from Ben Bernanke, the chairman of the Fed.

“Get ready for brevity from the Fed! The @federalreserve is now officially on @Twitter. 140 character statements going forward?,” asked Mary Catherine, a social-media editor for the business channel CNBC.

Maybe this will be a way to raise interest (again!) in what the Fed does.