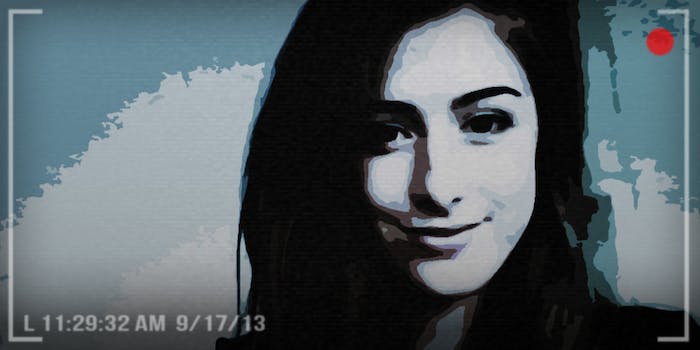 The FBI can turn on your webcam without you even knowing

the FBI supposedly has the ability to disable your webcam's indicator light.

Not only can the FBI activate cameras on civilian computers, but the agency has been doing so for several years. That’s according to Marcus Thomas, a former assistant director with the bureau, who spoke to the Washington Post about the controversial computer hacking technique used by law enforcement in the United States.

Most webcams come equipped with an indicator light, which alerts users when they’re being recorded. However, the FBI supposedly has the ability to disable this feature.

The tactic has been utilized “mainly” against suspected terrorists but is also used in non-terrorism related investigations, Thomas said. One issue highlighted by the Post is the difficulty law enforcement agencies face in determining jurisdiction while intercepting online communication. For instance, state or local law enforcement officers may only have the authority to perform surveillance on an individual within their state or municipal boundaries.

In April, a federal magistrate judge in Texas refused to sign a warrant because the location of an individual, who was suspected of bank fraud, could not be determined, the Post reported. While the FBI may not face the same jurisdictional limitations, it has implored Congress in the past to allow for the sharing of technical expertise with state and local law enforcement officials.

Side by side: article about how the FBI watches people via their webcams and section of ‘1984’ about telescreens pic.twitter.com/BBlFBgD3wA

Legal limitations placed on online surveillance have long been considered a hindrance to the FBI. Compared to the National Security Agency, the FBI has been extraordinarily vocal about its intentions. The agency’s primary goal in 2013, as stated by Andrew Weissman at the American Bar Association, was to expand wiretapping capabilities to include all forms of real-time online communication, such as conversations that take place over Google chat.

Valerie Caproni, a former FBI general counsel, previously outlined the agency’s concerns before the House Subcommittee on Crime, Terrorism, and Homeland Security. “The challenge facing our state and local counterparts is exacerbated by the fact that there is currently no systematic way to make existing federally developed electronic intercept solutions widely available across the law enforcement community,” she told members of Congress.

Caproni’s testimony included descriptions of two criminal investigations, which she said illustrated the need for increased surveillance powers. The first case cited involved a narcotics investigation; the second, the distribution of child pornography. Both of these crimes, while serious violations of the law, do not constitute a threat to national security.

In 2012, the FBI was allocated $54 million by the U.S. Senate to establish the Domestic Communications Assistance Center (DCAC or NDCAC), a secretive unit charged with enhancing the U.S. government’s Internet-based wiretapping capabilities. While the exact nature of NDCAC’s operations are hidden from the public record, what is known is that customized wiretapping hardware is developed at their Quantico, Va., headquarters.

New wiretap technologies developed by NDCAC are implemented through the Communications Assistance for Law Enforcement Act (CALEA), a law that requires telecommunications carriers—including Internet service providers—to accommodate government surveillance by retrofitting their equipment. In coordination with other agencies, the FBI has continuously sought to expand the authority granted to it by CALEA.

In response to questions about NDCAC, an FBI official told reporters, “The NDCAC will have the functionality to leverage the research and development efforts of federal, state, and local law enforcement with respect to electronic surveillance capabilities and facilitate the sharing of technology among law enforcement agencies.“

Law enforcement techniques generally advance to remain proportional to methods of criminals, who may be aided by new technologies while committing crimes or evading capture. However, since disclosing capabilities could weaken operations targeting dangerous criminals, critics warn that the state’s authority is subject to abuse. That’s only heightened by the digital nature of these tactics, which could prevent citizens from knowing of rights violations.

If police were to inadvertently perform a search on the wrong house, for example, the owner could take legal action against the department responsible. In contrast, if that same individual’s rights are infringed when police hack the wrong webcam, the violation is far less likely to be exposed.

The debate over state surveillance powers isn’t likely to end anytime soon. If you’d prefer to not get shy while standing in front of your appliances, you can always slap duct tape over your webcam.