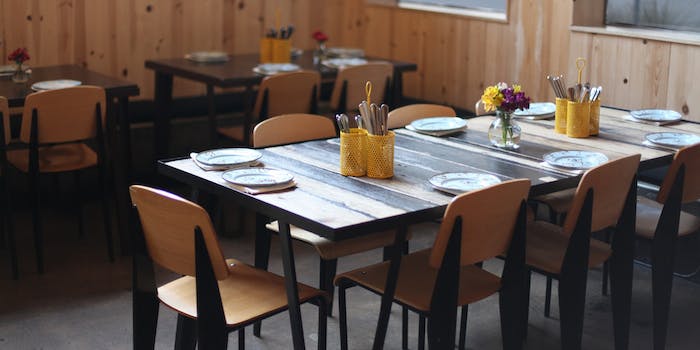 This blindingly fast busboy deserves all the tips

Give this guy a raise.

Either one busboy out there takes his job extremely seriously, or Red Robin has very strict standards over who it installs in such positions.

YouTube user Josh Jordan discreetly filmed a busboy at a nearby table at a Red Robin in Pensacola, Fla. In just over 30 seconds, the busboy had managed to completely clear, clean, and reset the table.

Naturally, several users derided the video as a fake, pointing out what they believe to be intentionally slow-moving staff and guests in the background.

Fake or not, this isn’t the busboy’s first time in the viral spotlight.

According to an ABC News report, the busboy’s real name is Mian and his Quicksilver-like magic on tables first went viral in October 2013.

YouTube user Aaron Greene spotted him even earlier, in 2012.

Whether there is a huge conspiracy devised by tech-savvy residents of Pensacola or if “Mian” really is that fast, everyone can at least be assured that the busboys at Red Robin thoroughly do their jobs.