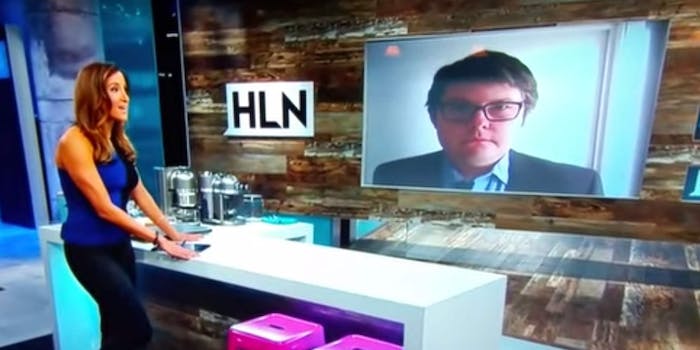 What's in a name?

Jon Hendren, one of Twitter’s most insular yet popular comedians, has a thing or two to say about the current state of affairs in America. Particularly lightning rod whistle-blower Edward Snowden.

And so, with no other apparent qualifications beyond “Snowden supporter,” Hendren—better known online as @fart—beamed onto HLN’s The Daily Share live on Wednesday to chat about Snowden and national security issues with host Yasmin Vossoughian.

Or at least that was the plan. Instead, Hendren deadpanned a humane plea for the understanding and continued support of the fictional Edward Scissorhands. You know, the Johnny Depp character from the 1990 Tim Burton film of the same name. Seriously.

It was a master class in stone-faced trolling, so much so that Vossoughian did not react to his escalating farce and instead kept her firm line of Snowden-related questioning.