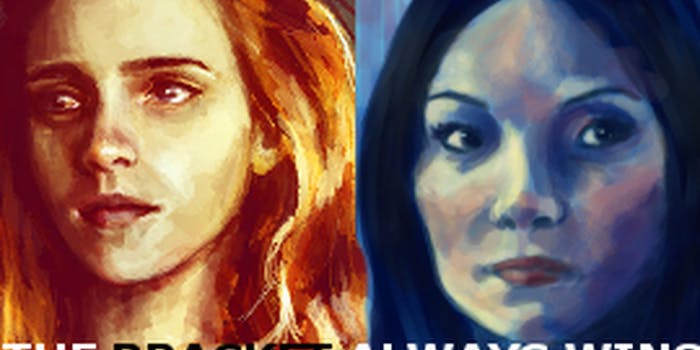 The top 8 characters in this year's Fandom March Madness poll are women, but women and minorities are still underrepresented in fandom in general.

Fandom March Madness, the annual LiveJournal competition that offers fans the simple chance to vote for their favorite character from all of fandom, is upon us once again.  But what’s more interesting is that it offers us a glimpse at the mentality of LiveJournal-based fandom both before and after a significant discussion about fandom representation took place.

Much like the college basketball variety, fandom’s March Madness is a simple bracket-based tournament that runs eight rounds, eliminating 63 of 64 characters from various fandoms until one winner is left standing.

In 2008’s competition, the winner was How I Met Your Mother‘s Barney Stinson, played by fandom favorite Neil Patrick Harris. The following year he once again faced off against Supernatural‘s Dean Winchester, only to suffer defeat.

In 2008, the fandom categories were solely for television, broken out into Sitcom, Drama, Obscure, and News divisions. Of the 16 competing characters, only one was female. In 2009, the categories changed to Comedy, Drama, Sci-Fi, and Teen, and the ratio of male:female characters was 43:21.

The next year, however, while the fandom categories stayed the same, the gender ratio jumped to 30:34.  It’s tough to say what caused the shift, but one factor was most likely the widespread impact of Racefail, a discussion that lasted for many months during 2009 about diversity and inclusivity in science fiction literature and LiveJournal-based fandom. Post-Racefail, this corner of fandom largely looks the same as it did before, but with a wider awareness that diversity is important, and with more fanwork fests and challenges designed to include more non-white characters and women.

From 2010 on, the Fandom March Madness champion has been a minority character, with iconic superhero Buffy Summers taking the prize that year, followed by Community‘s Troy Barnes in 2011 and Parks and Recreation‘s Leslie Knope in 2012. This year’s Elite 8 characters are all female, and at least 2 are minority.

This is quite a switch from the pre-Racefail mentality of the challenge, where the top 8 were all male, except for an appearance from Veronica Mars in 2009. 2009’s winner, Dean Winchester, is the epitome of the popular white male character that has developed a huge fan following, and we’ve since seen Supernatural fans flock to vote in other popularity polls wherever his name gets mentioned.

Yet in this year’s competition, voters urged one another to vote against Stiles Stilinski, the breakout popular character from the hugely popular Teen Wolf, by calling him “the Dean Winchester of Teen Wolf.” This prompted backlash from Teen Wolf fans, but the strategy evidently paid off; Stiles went down in round one.

“[It]’s not so much a popularity contest as it is an underdog contest,” commented one Teen Wolf anon. “A lot of the people voting don’t actually care about the show.”

While the voters of Fandom March Madness may have evolved a mentality of celebrating the underdog once yearly, that celebration hasn’t yet found its way into the fandom hivemind at large. A quick search of the most popular works of fanfiction archived at the Archive of Our Own (AO3) reveals that you must browse past 40 fics, nearly all of which are Sherlock, Supernatural, Avengers, and Teen Wolf slash, before you get to a fic with a main female character. That fic is A Bed of Thorns by Nym, for Once Upon a Time, a fandom that, while popular, has never gotten far in Fandom Madness. From there it’s a long way down until you hit another fic with a minority character or a woman as the main character.  What’s more, Leslie Knope, last year’s winner, only features in two hundred fanfics on the massive fanarchive.

So is there any connection? Are the voters at Fandom March Madness more likely to inhabit the more heterocentric FanFiction.net, where the number of represented fandoms is arguably far more diverse than that at AO3?  Not if the voters who chose an all-female Elite 8 in 2013 are the same voters who chose the slash fandom poster boy, Dean Winchester, in 2009. Then again, some voters have tired of the heated intensity of the yearly competition.

“I had no idea FMM could be so vicious,” commented one voter on Tumblr. Another asked moderators to step in when voter campaigning got a little too intense for a friend, who left the community. The mods declined.

If current voting trends are any indication, the 2013 finals will be a match-up between Elementary’s Joan Watson and Harry Potter’s Hermione Granger, and given the groundswell of support for Elementary and the female, Asian-American incarnation of John Watson, it’s easy to predict that Joan might sweep the ballots.

But it seems dubious that a victory in March Madness will translate to fandom writing more fics about Joan Watson. Despite the love the show has gotten online, it remains a very tiny fandom in terms of fanfiction.

On the whole, fandom may vote for its underrepresented characters once a year; but for the other eleven months, they’re still the real underdogs.