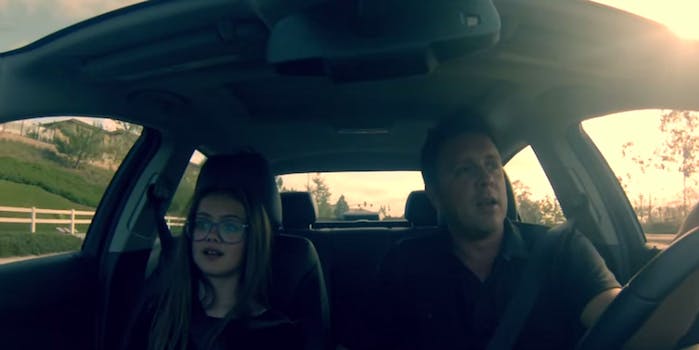 Good thing it’s not illegal to drive while neck snapping

“Let’s do a lip dub. Let’s do Frozen! Let’s do ‘Let It Go!’” Plenty of adolescent girls might’ve said those words, but in this video, an entreaty to playact Disney songs gets an icy reception from young Savannah Lozano.

That’s because it’s radio personality Jesse Lozano who likes music from Frozen. His daughter, Savannah, is more into rap.

“We have to do real music!” she says.

So, as dads and daughters do, they made a compromise.

Lozano, who works for a radio station in Los Angeles, had the chance to interview Iggy Azalea after he and Savannah posted their video on YouTube. To his delight, the Australian rapper had seen (and liked) the video. So he took an Instagram video to prove it.