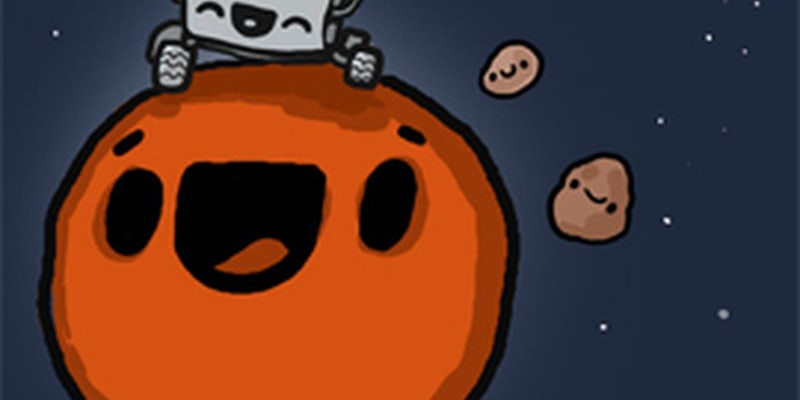 The success of the Curiosity rover has ensured NASA a permanent place in the halls of fandom.

Olympics enthusiasts may have been rooting for their favorites Mahiedine Mekhissi-Benabbad and Ezekiel Kemboi, the respective silver-and-gold medalists in the 3000-meter Steeplechase; but on an inter-galactic level, yesterday, Earth/Mars was everyone’s favorite pairing.

We present our favorite works of fanart from yesterday, commemorating the rover Curiosity’s safe landing on the red planet:

1) Earth/Mars—Their Love Is So Invasive. 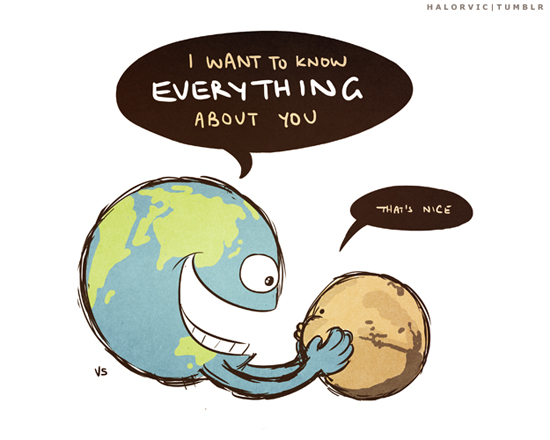 Yesterday’s G.R.E.Y.S. strip, “A Curious Opportunity,” saw the artists wondering about the relationships among the three rovers and their relationships to other failed Mars missions:

With the creation of such a large rover, we started to think of them as a little family — even NASA likes them to pose for family photos.

So we decided to draw a family reunion (even though such a meeting is unlikely to ever actually happen on Mars). Not everybody could make it, of course — but how do you explain to a young rover that it’s little pet Beagle isn’t around anymore? 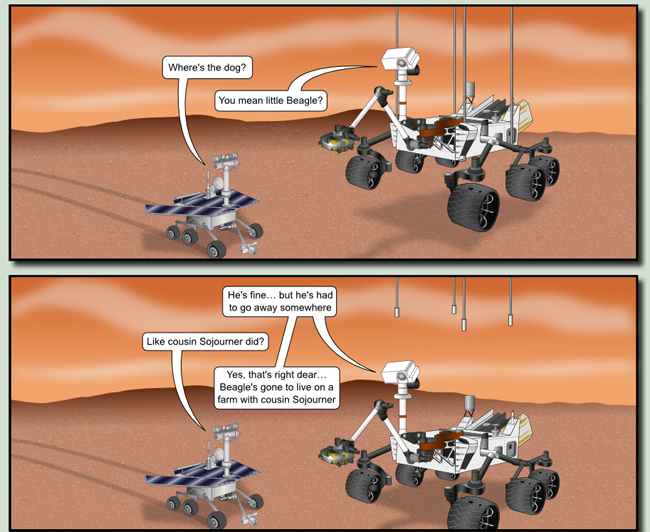 Artist Sam Spratt took a moment to pay tribute to space travel, Van Gogh, and the eternal sense of wonder that space instills in all of us with this stunning portrait:

Yesterday, prior to the rover landing, the Olympics Javelin-throw logo looked like this:

See the rover flying high in the background?

After the safe landing, the logo featured a blimp in its place.