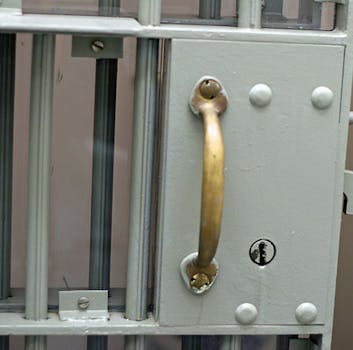 Girlfriend creates fake Facebook accounts to get boyfriend out of prison

Once set up, the girlfriend used the fake accounts to pose as the victims and send her own account personal messages stating that the boyfriend did not actually commit the crimes.

A woman in England is behind bars this afternoon after police discovered that she had created false Facebook accounts in an effort to free her boyfriend from prison.

The boyfriend was jailed after being found guilty of three counts of rape, among other grotesque crimes.

Once set up, the girlfriend used the fake accounts to send her own account personal messages stating that the boyfriend did not actually commit the crimes.

Ceri Shipman, 25, actually got the rape victims arrested for the messages. Police took them into custody and questioned them for 13 hours about the messages, which, among other notes, reportedly read “Maybe I did make up the rape but he broke my heart” and “Maybe we did lie but nothing you can do about it.”

The victims vehemently denied involvement. After they’d been released on bail, police acquired a search warrant for Shipman’s house and found a series of photographs of the victims on her home computer.

Now Shipmen’s in jail for an indefinite amount of time—she faces sentencing next month after pleading guilty to perverting the course of justice for this incident—and her boyfriend, Jason Savage, 29, may be in for life.

Savage, a former boxer, was arrested last year after allegations of rape, but he was ultimately found guilty of much, much more: three counts of rape, three counts of causing grievous bodily harm to two of his victims, two counts of assault occasioning actual bodily harm, and indecent assault.

In one case, it’s reported that Savage stabbed one of the women and then made her clean up her own blood, telling her that he would kill her if she did not take care of the mess.

“He is the most dangerous offender I have ever dealt with, because at no point has she showed any remorse for what he has done and in his mind he has done nothing wrong,” a detective involved with the case told the court during Savage’s sentencing.

The story strikes as somewhat similar to the one involving Australian James Dannevig, who created a fake Facebook account in 2011 so that he could lure a teenager into the woods to kill her. The whole site is actually quite prone to identity scams: Last month, a wedding dress seller used Facebook to fake her own death so that she could swindle cash from her customers. Two months before that, a Nigerian man was caught assuming the identity of a practicing doctor in an effort to cheat a teenaged girl out of some money.