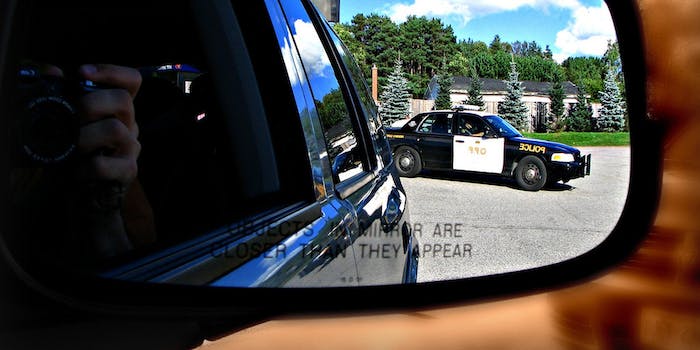 Two teenagers filming their exploits impersonating law enforcement quickly learned earlier this month that they’re not the only ones out there spending their Saturdays trying to turn tricks.

Out on the street with an unofficial set of blue and red flashers, this fake 5-0 pulled over a dude running a rural road in a whalebone colored pickup. They also apparently nabbed the prostitute that came with him.

There’s no smoking gun here. Instead, the illegal sex worker part is only speculated by the pranksters, one of whom says, “That’s what happens when you try to pick up a prostitute,” on their way out of the joke. But something about the way she jumped out of the car—and the way that driver surrendered like he’d just stormed the Battle of Big Bethel—has us thinking he was up to some funny business.

Naturally, fake cops busting hookers has found its way onto World Star Hip Hop, that brothel of bad behavior, where it’s received upwards of a million views in 24 hours.