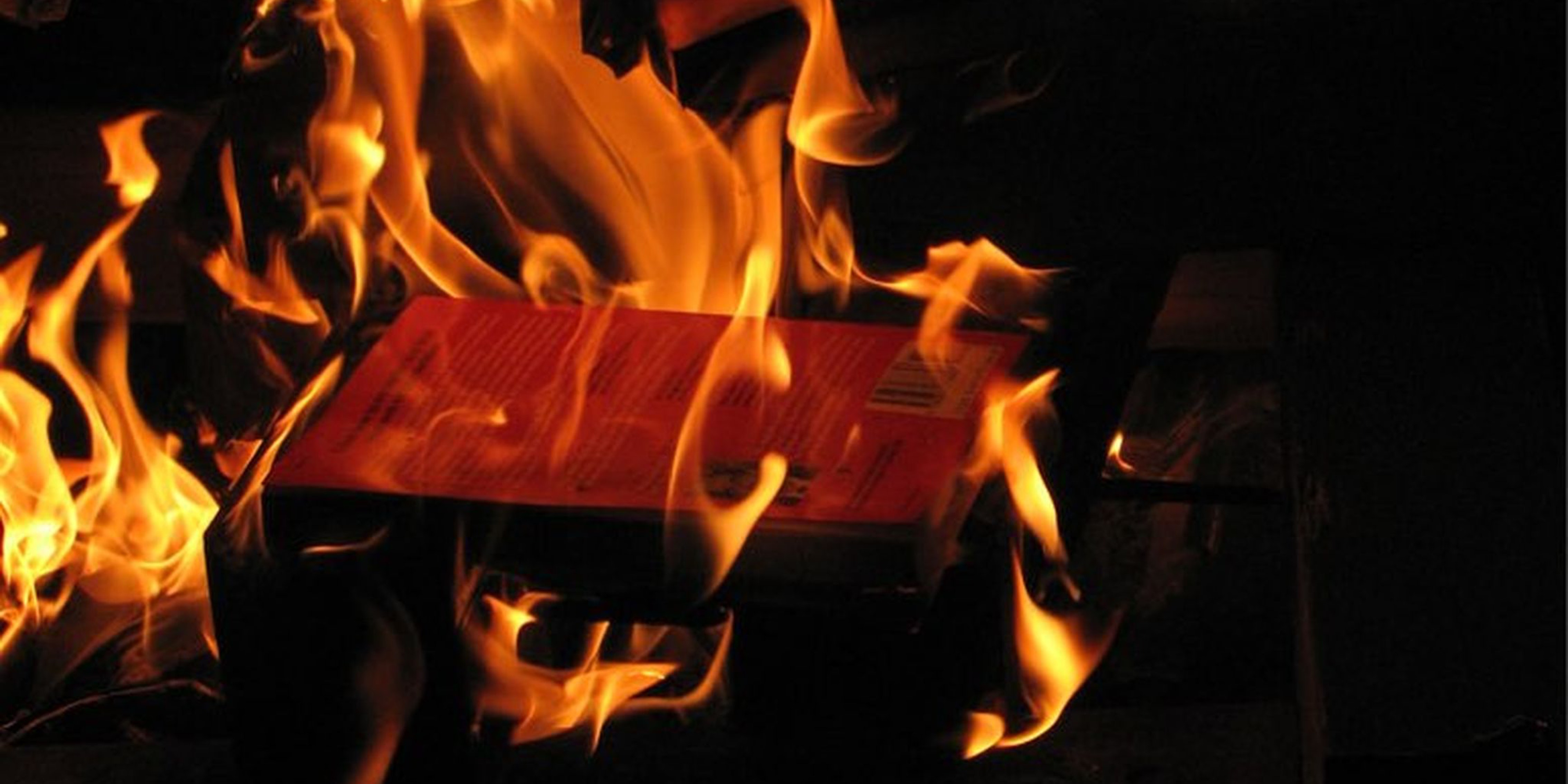 The temperature at which permission slips receive sick burns.

Fahrenheit 451, Ray Bradbury’s cautionary tale about book censorship, was written as a response to the paranoid political climate of the McCarthy era, but its message apparently still hasn’t sunk in. It’s 2016, and some kids still aren’t allowed to read the book without a permission slip from their parents.

Daily Show head writer Daniel Radosh just had to sign a note so his son could read it for a school book club. As Radosh’s son Milo explained in the note, Fahrenheit 451 has been challenged over the years by parents who object to the book’s mild swears (“hell” and “damn”) and its depiction of Bible-burning.

tfw your kid’s school makes you sign a permission slip so he can read Fahrenheit 451 📚 🔥 pic.twitter.com/t9lmD8vKTu

But those objections miss the point of the novel—they could only be more ironic if parents were calling for copies of Bradbury’s book to be destroyed. And Radosh is practically an irony-spotter by profession, so this wasn’t lost on him. He signed the slip and attached his own note, praising Milo’s teacher for immersing the kids so thoroughly in the world of Fahrenheit 451.

Here’s what he wrote:

I love this letter! What a wonderful way to introduce students to the theme of Fahrenheit 451 that books are so dangerous that the institutions of society — schools and parents — might be willing to team up against children to prevent them from reading one. It’s easy enough to read the book and say, ‘This is crazy. It could never really happen,’ but pretending to present students at the start with what seems like a totally reasonable ‘first step’ is a really immersive way to teach them how insidious censorship can be I’m sure that when the book club is over and the students realize the true intent of this letter they’ll be shocked at how many of them accepted it as an actual permission slip. In addition, Milo’s concern that allowing me to add this note will make him stand out as a troublemaker really brings home why most of the characters find it easier to accept the world they live in rather than challenge it. I assured him that his teacher would have his back.

Looks like this assignment’s going to be a learning experience for everyone involved.