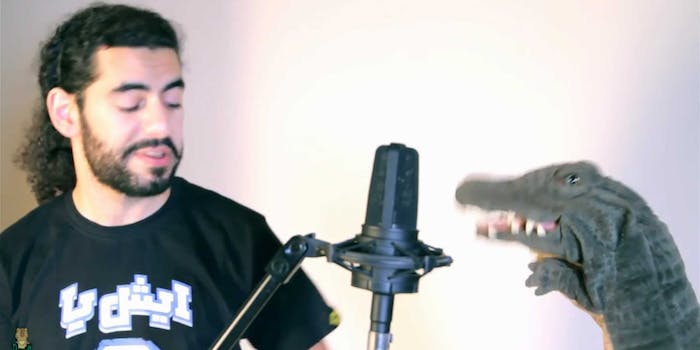 With this singing crocodile, we have reached peak one-man-band on YouTube

Here's another thing on YouTube better than Lana Del Ray.

You’ve probably stumbled across the one-man band fad on YouTube: One person records every instrument and all the vocals in a song, then splices them together into a single video.

Well, we think they’ve finally reached their peak, thanks to a one-man (er, puppet) band out of Saudi Arabia.

The mastermind behind the singing crocodile is Fahad Albutairi, a comedian who’s been called “the Jerry Seinfeld of Saudi Arabia.” He started the popular Saudi YouTube channel La Yekthar, where the crocodile puppet frequently appeared. The show’s success allowed the crocodile to get his own spin-off channel, titled Temsa7LY, where he has been entertaining millions over the past year.

You may not understand what he’s singing, but that doesn’t matter. It’s catchy as hell.